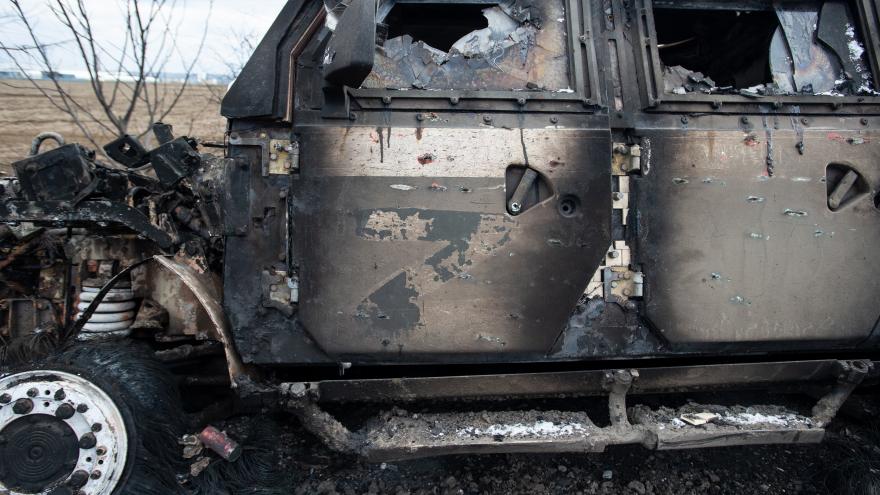 (CNN) -- A top Russian general gave some of the most detailed public remarks to date on Russia's military strategy in Ukraine, claiming on Friday that the "first stage" of Russia's military plan is now complete, with their primary focus now centered on eastern Ukraine.

"In general, the main tasks of the first stage of the operation have been completed," Colonel General Sergei Rudskoy, first deputy chief of Russia's General Staff, said in a Friday briefing. "The combat potential of the armed forces of Ukraine has been significantly reduced, allowing us, I emphasize again, to focus the main efforts on achieving the main goal - the liberation of Donbas."

Rudskoy's remarks come as Russia's advances appear to have stalled around major Ukrainian cities such as Kyiv and Kharkiv. Russia has also failed to achieve air superiority in Ukraine and has suffered heavy losses of personnel since the start of the invasion.

"The public and individual experts are wondering what we are doing in the area of the blockaded Ukrainian cities," Rudskoy said. "These actions are carried out with the aim of causing such damage to military infrastructure, equipment, personnel of the Armed Forces of Ukraine, the results of which allow us not only to tie down their forces and prevent them from strengthening their grouping in the Donbas, but also will not allow them to do this until the Russian army completely liberates the territories of the DPR and LNR."

Rudskoy was referring to the Donetsk and Luhansk People's Republics, separatist territories in eastern Ukraine that Russia recognized on the eve of its invasion.

Russian President Vladimir Putin has stated that the goal of what Russian officials refer to euphemistically as the "special military operation" in Ukraine is the complete demilitarization of the country. Putin has said the war is going according to plan, but Russian forces have incurred serious losses: Rudskoy said in the same briefing that 1,351 military personnel had been killed in Ukraine and 3,825 had been wounded. US, NATO and Ukrainian officials estimate the Russian casualty count is much higher.

"Initially, we did not plan to storm them in order to prevent destruction and minimize losses among personnel and civilians," Rudskoy said. "And although we do not exclude such a possibility, however, as individual groupings complete the tasks set, and they are successfully solved, our forces and means will be concentrated on the main thing -- the complete liberation of Donbas."

It is unclear if Rudskoy's statement implies a shifting of the goalposts for the Russian military, or just represents a change in public messaging.

The Russian military has claimed it is not targeting civilians or residential areas, despite overwhelming evidence to the contrary.