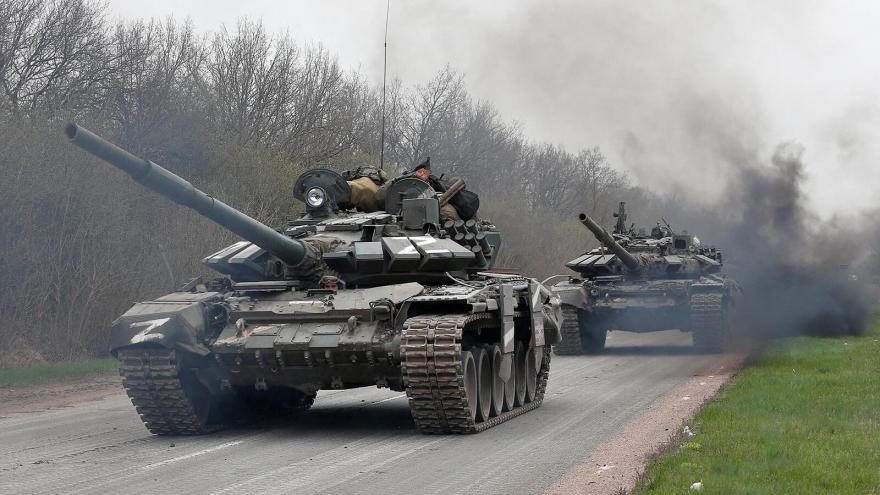 LVIV, Ukraine (AP) — Russian forces pounded targets across Ukraine, taking aim at supply lines for foreign weapons in the west and intensifying an offensive in the east. Meanwhile, the European Union moved Wednesday to further punish Moscow for the war with a proposed ban on oil imports.

The defense minister repeated that Russian forces have blocked off a steel mill in Mariupol from which scores of civilians were evacuated over the weekend. Another official denied they were storming the plant, as its defenders said a day earlier.