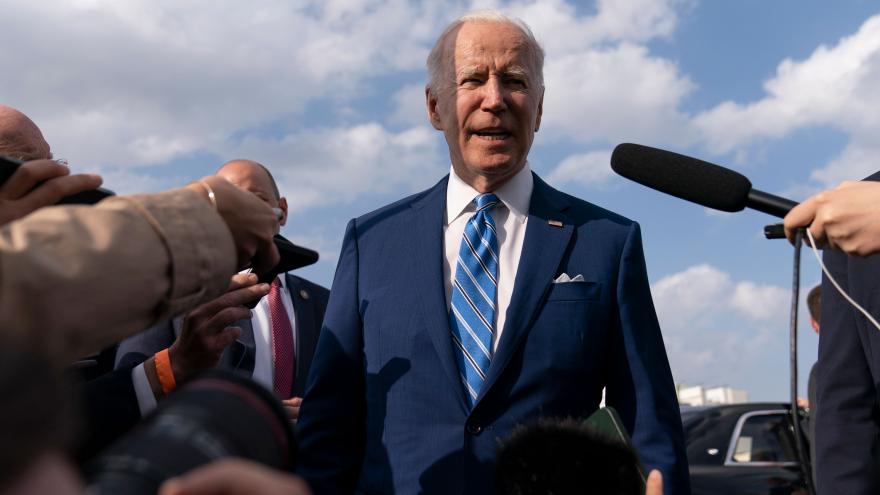 (CNN) -- Russia this week formally protested the US' ongoing shipment of weapons to Ukraine, sending a diplomatic note to the State Department warning of "unpredictable consequences" should the support continue, according to two US officials and another source familiar with the document.

The note, known as a demarche, was sent earlier this week as the US was preparing to announce that it would be sending an additional $800 million military aid package to Ukraine. The Washington Post first reported on the document.

The US has for the first time agreed to provide Kyiv with the types of high-power capabilities some Biden administration officials a few short weeks ago viewed as too great of an escalation risk a few short weeks ago, including 11 Mi-17 helicopters, 18 155 mm Howitzer cannons and 300 more Switchblade drones.

A source familiar with the Russian diplomatic note said it was expected that Moscow would protest the shipments, and it was still unclear whether it means Russia will change its behavior in any way. But this person acknowledged that the note could signal a more aggressive Russian posture against the US and NATO as the war drags on.

One administration official told CNN the Russian notice indicates how effective the US weapons shipments to Ukraine have been. The official suggested the Russians were also concerned by the latest announcement, which includes more sophisticated and heavier duty weaponry.

CNN previously reported that the United States believes Russian President Vladimir Putin's risk tolerance has increased, and that he may be willing to take more aggressive action against the US in response to its support for Ukraine.

Asked for comment, a separate US official said, "We won't confirm any private diplomatic correspondence. What we can confirm is that, along with Allies and partners, we are providing Ukraine with billions of dollars worth of security assistance, which our Ukrainian partners are using to extraordinary effect to defend their country against Russia's unprovoked aggression and horrific acts of violence."

The first flight from the US of the $800 million in new aid for Ukraine is expected to arrive in the region in the next 24 hours, according to a senior defense official. The official said the material will be picked up at the border by Ukrainians and taken into the country. The manifest is not being disclosed.

Ukrainian President Volodymyr Zelensky has for months been pleading with the West for heavier equipment in order to effectively fight off the Russians, who invaded Ukraine on February 24. Russia was turned back in northern Ukraine and its forces were ultimately unable to capture the capital, Kyiv.

But Ukrainian and Western officials have since expected Russia to launch a major offensive in eastern Ukraine, which is a different kind of terrain and requires different kinds of weaponry.

"It's the first time that we've provided these [155mm] howitzers and the associated rounds, and that's reflective of the kind of fighting that the Ukrainians are expecting to be faced with here in this more confined geographic area," Pentagon spokesman John Kirby told reporters Wednesday, referring to the Donbas region of eastern Ukraine.

Despite Russia's protests, the US is showing no signs of slowing down its military support to Ukraine. Pentagon officials met with defense contractors this week to discuss how to increase production of the kinds of systems and weapons that Ukraine will need to continue fighting.

"This [meeting] was really focused on the kind of systems and weapons that have been relevant in the Ukraine war," Kirby said on Wednesday, as well as "the possibility for accelerating some of those production lines and expanding based on the heavy draw on our inventory."