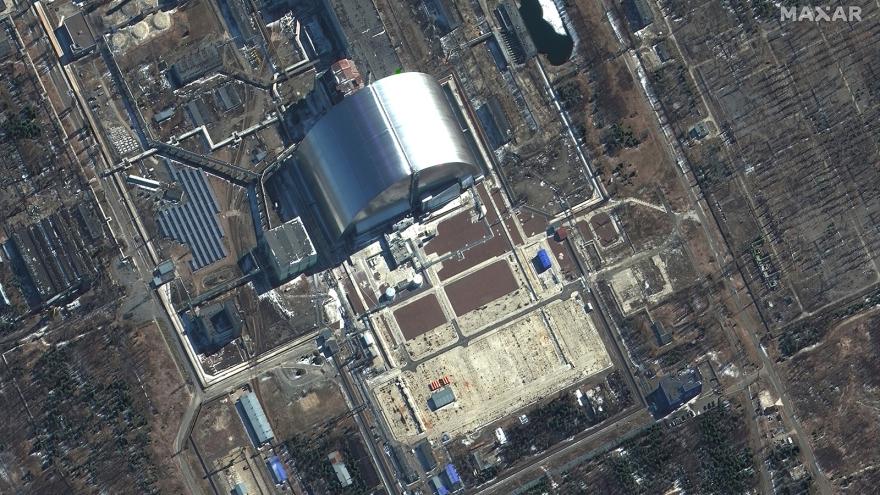 (CNN) -- Russian forces have looted and destroyed a laboratory near the abandoned Chernobyl nuclear power plant that was used to monitor radioactive waste, the Ukrainian government said Wednesday.

The site of the world's worst nuclear disaster fell into Russian hands in the first week of Russia's invasion, triggering fears that safety standards inside the exclusion zone could be compromised.

According to a Ukrainian government agency, the laboratory was part of a European Union-funded attempt to improve radioactive waste management -- through on-site analysis of waste samples, as well as the packaging used to dispose of waste.

The government agency also reported that samples of radionuclides -- unstable atoms that can emit high levels of radiation -- had been removed from the lab. It said it hoped Russia would use the samples to "harm itself, and not the civilized world."

It is the latest scare at the infamous site in northern Ukraine, near the border with Belarus. On Tuesday, Ukraine's government warned of several fires close to the plant, which it said had probably been triggered by Russian artillery or arson.

And staff working at the plant on the day it was captured only recently had the chance to go home, three weeks after they were due to rotate with an incoming team.

Local mayor Yuriy Fomichev spoke to CNN after the workers had been confined to the plant for 10 days, describing them then as, "exhausted, both mentally and emotionally, but mainly physically."

Fomichev said that more than 100 people were shift personnel who should have been relieved after 12 hours.

Some 13 staff members and most of the guards declined to rotate, said Rafael Mariano Grossi, director general of the International Atomic Energy Agency, in a statement published Monday.

Earlier this month, the site was forced to get power from emergency diesel generators for several days, before being reconnected to the national electricity grid after repairs to damaged lines.

More than 30 people died in the immediate aftermath of the April 26, 1986 explosion that tore through Chernobyl's No. 4 reactor near Pripyat.

In the years that followed, countless others died from radiation symptoms, according to the International Atomic Energy Agency and the World Health Organization. The Ukraine government evacuated some 135,000 people from the area and a 19-mile exclusion zone around the plant will remain uninhabitable for decades.

In the months after the accident, a sarcophagus was built to cover Reactor 4 and contain the radioactive material. This later deteriorated, resulting in radiation leaks.

In 2016, a structure known as the New Safe Confinement was positioned over the sarcophagus. The huge, arched design is intended to prevent the release of contaminated material, as well as protect the sarcophagus from external impacts, such as tornadoes or extreme thunderstorms.