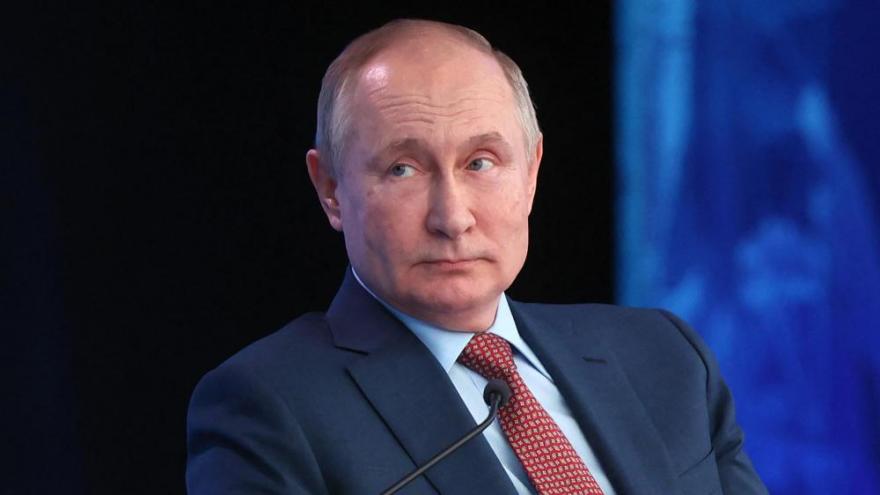 More Russian military units have been sent to the border area in recent days, sources familiar with the intelligence tell CNN. US and Ukrainian officials have also seen evidence that Russia has begun diverting commercial air and rail systems to support the military effort, though similar air and rail activity was visible in the spring during Russia's last military buildup that was ultimately pulled back.

The latest US intelligence assessments place more than 50 so-called "Battalion Tactical Groups" deployed on and around the Ukraine border with six more in transit on the way. These groups, which can typically include as many as 900 personnel each, are highly diversified and fairly self-sufficient combat units with a combination of troops, artillery, anti-tank weapons, reconnaissance and engineering units. BTGs, as they're known, played a leading role in Russian military activity in Ukraine in 2014.

The Biden administration still sees a window to deter a Russian invasion, assessing that Putin has not yet decided whether to launch an attack. But a White House official emphasized to CNN that "we believe talks would be more productive were they to happen in an environment of de-escalation, instead of escalation."

Russia has been demanding security guarantees from the US and NATO, including a binding pledge that NATO won't expand further east and will not allow Ukraine to join the military alliance, according to a draft proposal posted online Friday by Russia's foreign ministry. Russian officials presented Assistant Secretary of State Karen Donfried with the proposals while she was in Moscow this week, which Donfried said she would share with US allies and partners.

But despite an offer to facilitate a meeting with Russia and NATO to discuss Moscow's concerns, Biden has signaled that the US will not make any concessions on either NATO or Ukraine's future.

"One nation can't force another nation to change its border; one nation cannot tell another to change its politics; and nations can't tell others who they can work with," Biden told Putin during their meeting, according to a senior White House official.

NATO Secretary General Jens Stoltenberg echoed that sentiment in a press conference on Thursday. "We believe that dialogue is important especially when times are difficult as they are now," he said. "And our invitation to Moscow to meet in the NATO-Russia Council stands, and we are ready to sit down. But we will never compromise on the right of every sovereign nation, as Ukraine, to choose his own path and of the principle that it is for Ukraine and the 30 Allies to decide when Ukraine is ready to join the Alliance."

Recent satellite images taken by Maxar Technologies and provided to CNN show that Russia has massed troops and equipment as close as 30 miles away from Ukraine's border. The images show an increase between September 7 and December 5 in the number of Russian military vehicles in the southwestern Russian city of Soloti. Russia appeared to be setting up a new regiment within its 3rd Motor Rifle Division, an infantry division of Russia's ground forces, according to Michael Kofman, the research program director in the Russia Studies Program at CNA.

"The 3rd division is still being set up, as is the 144th," Kofman said. But he noted that the main source of Russia's buildup can be seen more in the movements by Russia's 6th army, the 1st in Voronezh, the 41st in Yelnya, and the 58th and 49th armies in Crimea.

Democratic Rep. Ruben Gallego, who just returned from Ukraine, told reporters earlier this week that the next step to watch in the evolution of the Russian presence near the Ukrainian border is if they call up reserve forces.

Russia continues to deny that it is putting the pieces in place for an invasion. But Putin has said that Russia has the right to "defend its security" in the face of a potential eastward push by NATO.

Ukrainian officials have also been pushing for air defense systems, like Patriot surface-to-air missiles, from the US, according to people familiar with their requests.

But National Security Adviser Jake Sullivan has conveyed the US' concerns that such shipments might be viewed by Russia as highly provocative, at a moment when the US, Europe and NATO are trying to get Moscow to de-escalate. Still, the White House has not ruled anything out completely, apart from putting US troops on the ground in Ukraine.