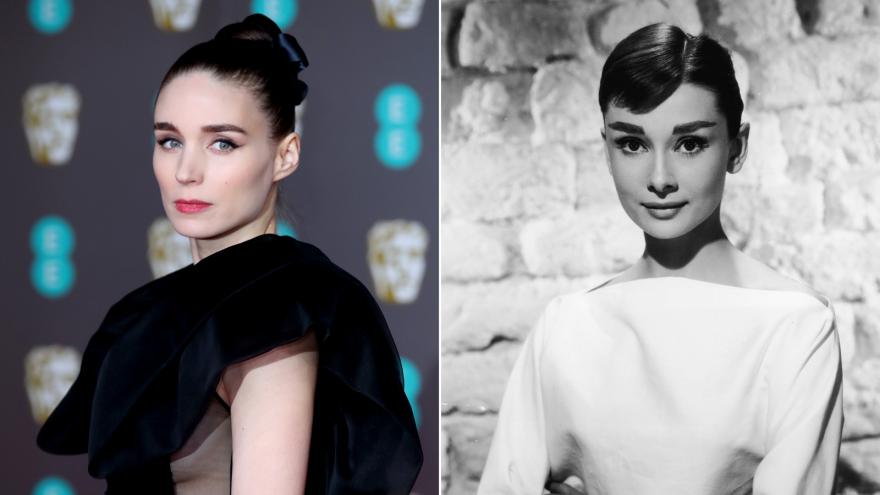 (CNN) -- Rooney Mara, the Oscar-nominated actress, is reportedly set to play an iconic star from the Golden Age of Hollywood.

According to both Deadline and Variety, Mara will star as Audrey Hepburn in a forthcoming Apple Studios biopic.

Hepburn, who died in 1993 at the age of 63 from cancer, appeared in such classic films as "Roman Holiday," "Breakfast at Tiffany's" and "My Fair Lady."

She was also known for her influence on fashion as well as her international charity work as a Goodwill ambassador for UNICEF.

Mara, 36, has appeared in several dozen films and is best known for her roles in "The Girl with the Dragon Tattoo" and "Carol," both of which earned her Oscar nominations. Her latest film is Guillermo del Toro's "Nightmare Alley."

She will reportedly also serve as one of the producers on the project, which will be directed by Luca Guadagnino, who directed the 2017 film "Call Me by Your Name."