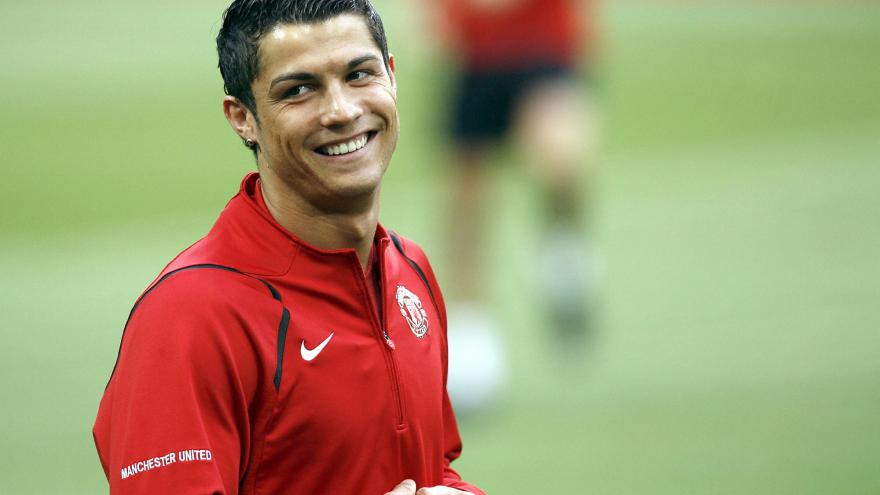 (CNN) -- Cristiano Ronaldo is set to re-sign for Manchester United subject to personal terms, visa and a medical assessment, the club announced on Friday, Aug. 27.

The Premier League giant said an agreement had been reached with Juventus for the 36-year-old, who scored 118 goals in 292 games during his first spell at Old Trafford.

"Everyone at the club looks forward to welcoming Cristiano back to Manchester," read a short statement from the club.

He is now set to reunite with former teammate Ole Gunnar Solskjaer, who praised Ronaldo earlier on Friday prior to the agreement.

Earlier on Friday, Juventus manager Massimiliano Allegri said Ronaldo would not play for the Italian club again after saying he wanted to leave.

Reports had linked Ronaldo with a move to United's fierce rivals Manchester City but a deal never materialized.

Ronaldo won the Serie A title in his first two seasons with the Old Lady but was unable to lead the Italian club to the Champions League title -- a competition he won four times with Real Madrid.

Juventus finished fourth last season and speculation over Ronaldo's future had been swirling ever since with less than 12 months left on his contract.

"Today, I depart from an amazing club, the biggest in Italy and surely one of the biggest in all of Europe," Ronaldo wrote on Instagram after news of the agreement broke.

"I gave my heart and soul for Juventus and I'll always love the city of Turin until my final days."

He added: "In the end, we can all look back and realize that we achieved great things, not all that we wanted, but still, we wrote a pretty beautiful story together."

Details of the agreement are yet to be revealed but the news sent shares of Manchester United, which is publicly traded in the United States, surging 8%.

Ronaldo joins Jadon Sancho and former Real Madrid teammate Raphael Varane as United's new summer signings as the club bids to drag itself back to the top of European and domestic football.

The team has started the season in mixed form, winning its first game against Leeds 5-1 before a disappointing draw against Southampton, and the addition of Ronaldo could give the side a huge boost of experience.

The forward is considered one of the best players in history and has won more than 30 major trophies during his career.