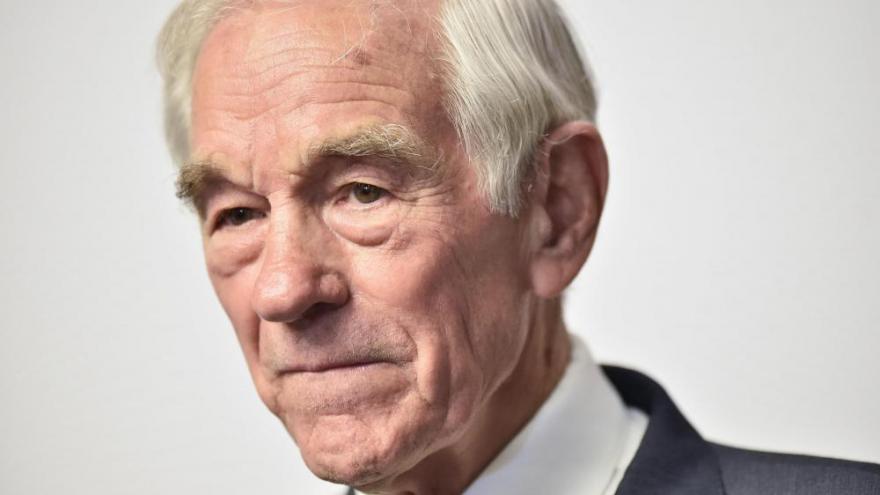 Former Texas congressman Ron Paul was hospitalized after an apparent medical episode but is now "doing fine," according to a tweet posted to his Twitter account.

(CNN) -- Former Texas congressman Ron Paul was hospitalized earlier Friday after an apparent medical episode but is now "doing fine," according to a tweet posted to his Twitter account.

Paul -- a well-known libertarian, three-time presidential candidate and the father of Republican Kentucky Sen. Rand Paul -- was seen visually slurring his words during a livestream on his YouTube channel on Friday. The video has since been removed.

"Message from Ron Paul: 'I am doing fine. Thank you for your concern,'" a tweet posted on the former congressman's account stated, which also included an image of Paul, who is 85, sitting up and smiling from a hospital bed.

Rand Paul also tweeted out a brief statement, saying, "Thank God, Dad is doing well. Thank you for all your prayers today."

Rand Paul's office has not yet responded to CNN's request for comment. CNN has also reached out to the Ron Paul Institute for Peace and Prosperity.

Ron Paul ran for president as a Libertarian in 1988 and a Republican in 2008 and 2012, helping to pave the way for Rand Paul's run in 2016 by building a nationwide network of devoted supporters drawn to his message of limited government and non-interventionist foreign policy.

The elder Paul served as part of the Texas congressional delegation for more than two decades, representing the state's 22nd District from 1979 to 1985 and 14th District from 1997 until 2013 and becoming the first representative in US history to serve alongside his child serving in the Senate. Prior to serving in Congress, he practiced obstetrics and gynecology, delivering more than 4,000 babies.

Ron Paul has said he agrees with 99% of what his son believes, and like his son has weighed in on the Trump administration with mixed sentiments.

In 2018, he called on then-Attorney General Jeff Sessions to step down after Sessions moved to rescind the Obama-era policy of restricting federal enforcement of marijuana laws in states where the drug is legal. He slammed Sessions' actions as "unconstitutional," and the war on drugs as a "totally illegal system."

But later that year, Paul voiced support for President Donald Trump's widely criticized decision to pull more than 2,000 US troops from Syria, calling his announcement "fantastic."