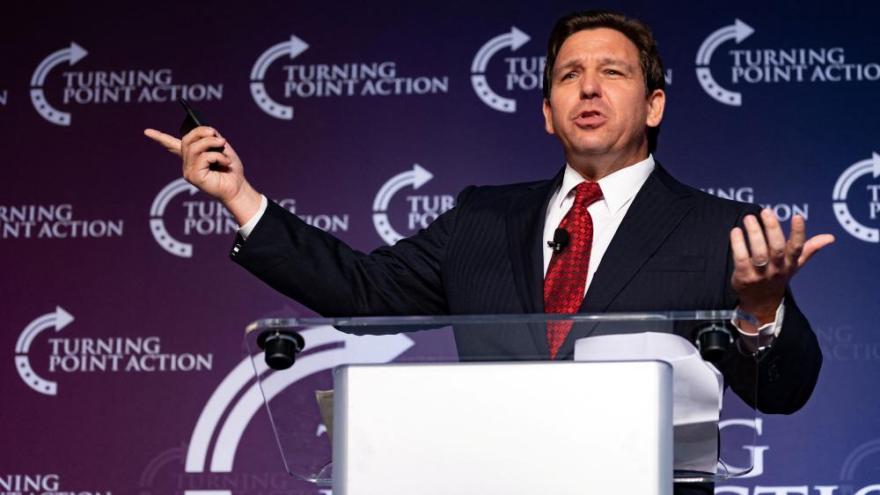 "It is my duty to suspend people from office when there is clear evidence of incompetence, neglect of duty, misfeasance or malfeasance," DeSantis said in a news release.

A fifth person, Rosalind Osgood, who was also mentioned by the grand jury, is no longer a school board member "and is therefore not subject to the Governor's executive suspension authority," the governor's office said.

CNN has reached out to the suspended school board members for comment.

Levinson said: "What country is this? What Governor DeSantis did is un-American and undemocratic. He doesn't care about democracy and overturned the will of the voters.

"This is all about political retribution for not firing Superintendent Runcie. It's about blaming the Superintendent, and any school board members who supported him, for the Marjory Stoneman Douglas shooting. All four board members were elected by the people multiple times, including post tragedy. My heart will always go out to all the families and community.

"Because you may disagree on local policy decisions is not a reason to remove someone from elected office.... This action is authoritarian-like and has no place in the United States of America where the voters decide who represents them."

In its statement, the governor's office accuses the school board members of fraud and mismanagement.

The governor's office said the statewide grand jury found a safety-related alarm which might have saved lives at the high school in Parkland "was and is such a low priority that it remains uninstalled at multiple schools."

The grand jury's 122-page report also said "students continue to be educated in unsafe, aging, decrepit, moldy buildings that were supposed to have been renovated years ago," according to the release from the governor's office.

A spokesperson for the school board sent a statement to CNN acknowledging they have received the governor's executive order.

"As our District undergoes this transition, we remain focused on the operations of our schools and our commitment to our Student First approach to provide a great educational experience to all students," the statement read.

DeSantis appointed Torey Alston, Manual "Nandy" A. Serrano, Ryan Reiter and Kevin Tynan to replace the suspended board members. Tynan previously served on the school board, which has nine members.

The grand jury was impaneled in February 2019, one year a gunman killed 17 people and wounded 17 others. The shooter pleaded guilty and the penalty phase of his trial is underway. Prosecutors are seeking the death penalty, while the gunman's defense attorneys are asking the jury for a sentence of life in prison without the possibility of parole.

The release from the governor's office noted the grand jury was asked to "examine four issues, including whether public entities and school officials committed fraud and deceit by mismanaging funds devoted to school safety."