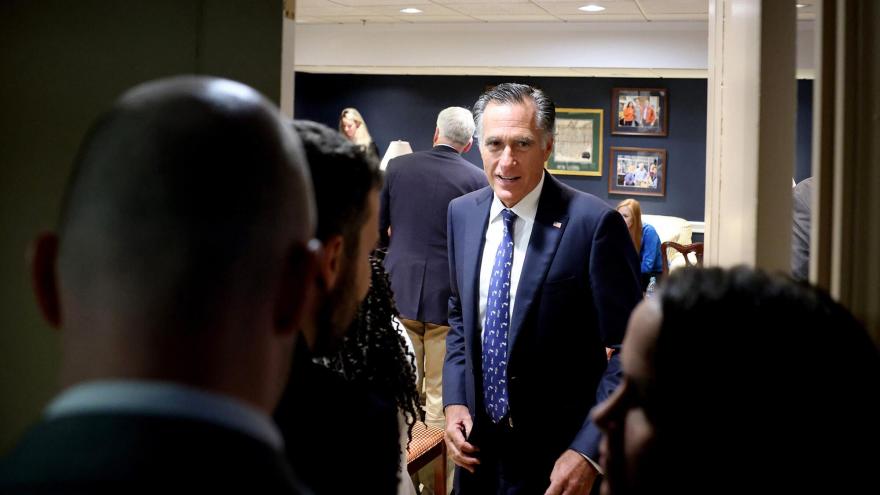 Sen. Mitt Romney, a key Republican negotiator in infrastructure talks, said on June 26 that he's "totally confident" President Joe Biden will sign a bipartisan bill a day after the President attempted to clean up comments that threatened the deal.

(CNN) -- Sen. Mitt Romney, a key Republican negotiator in infrastructure talks, said Sunday that he's "totally confident" President Joe Biden will sign a bipartisan bill a day after the President attempted to clean up comments that threatened the deal.

"I am totally confident the President will sign it if it comes to his desk," the Utah Republican told CNN's Jake Tapper on "State of the Union."

"I certainly can understand why not only myself but a lot of my colleagues were very concerned about what the President was saying ... but I think the waters have been calmed by what he said on Saturday," Romney, who was one of several Republicans who helped broker the infrastructure deal, told Tapper. The senator added that he thinks there will be enough support in the Senate to pass the proposal.

Biden on Saturday walked back comments he had made Thursday, in which he said he wouldn't approve the bipartisan measure unless it came paired with a reconciliation proposal for "human infrastructure." The President said in a statement that his comments "created the impression that I was issuing a veto threat on the very plan I had just agreed to, which was certainly not my intent."

The walk back amounted to one of the most significant course corrections of Biden's highly disciplined presidency so far.

While Biden's advisers believed his sentiment was accurate -- they want both deals passed in tandem -- they acknowledged the tactic of demanding as much publicly was too forward and needed to be softened. The President's comments on Thursday drew swift criticism from Republicans, including Senate Minority Leader Mitch McConnell, who warned in floor remarks that same day, "That's no way to show you're serious about getting a bipartisan outcome."

Appearing later on "State of the Union," White House senior adviser Cedric Richmond said he expects both the bipartisan bill and the American Families Plan to land on Biden's desk for his approval but wouldn't say whether the President would commit to signing the newly announced deal should it arrive first.

"I speak for the President, but I don't put words in his mouth and where he has a clear statement, I let that do the speaking," Richmond said, referring to Biden's comments on Saturday.