Charlie Watts, longtime drummer for the Rolling Stones, dies at 80 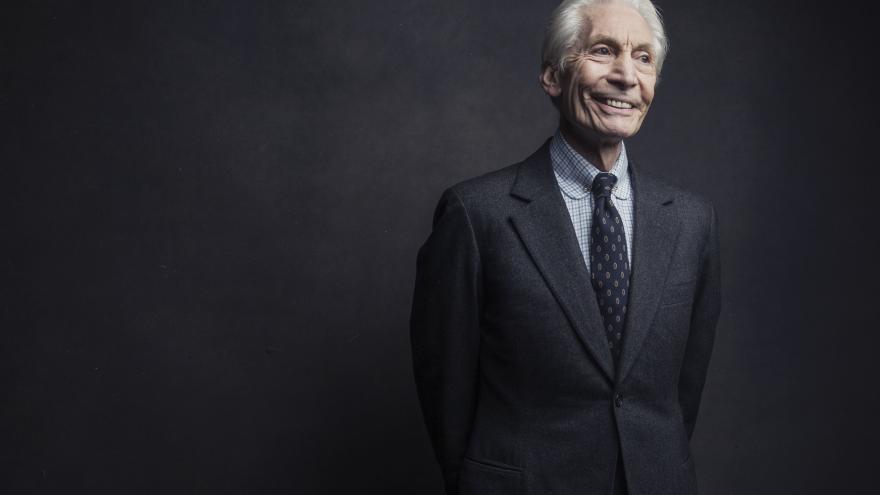 (CNN) -- Charlie Watts, the unassuming son of a truck driver who gained global fame as the drummer for the Rolling Stones, has died. He was 80.

''It is with immense sadness that we announce the death of our beloved Charlie Watts. He passed away peacefully in a London hospital earlier today surrounded by his family," his spokesperson said Tuesday in an emailed statement to CNN.

"Charlie was a cherished husband, father and grandfather and also as a member of The Rolling Stones one of the greatest drummers of his generation. We kindly request that the privacy of his family, band members and close friends is respected at this difficult time.''

The band had announced earlier this month that Watts would miss the band's upcoming "No Filter" tour through North America after undergoing a medical procedure for an unknown condition.

Always a reluctant rock and roll star -- his true love was jazz -- Watts was born in 1941, when Hitler's bombs were still falling over London. He grew up in the west London suburb of Wembley.

From a young age, Watts was passionate about drumming. He would "rap out tunes on the table with pieces of wood or a knife and fork" before his parents bought him a drum kit when he was 14, his mother said. He went on to study graphic design at the Harrow School of Art.

His first job was in advertising and, in his spare time, Watts wrote and published a children's book about jazz legend Charlie Parker called "Ode to a High Flying Bird." The preface read: "This story was compiled by one Charlie to a late and great Charlie."

At the same time, Watts played in a band with Alexis Korner, the founding father of the British blues scene, in Ealing, west London, where the late Stones member Brian Jones, Mick Jagger and Eric Clapton were also guest musicians.

In 1962, Jones formed the Rolling Stones with singer Jagger, pianist Ian Stewart and guitarists Keith Richards and Dick Taylor. Watts turned down the group's first offer for him to join, finally conceding and playing his first gig with them in January 1963.

In 1964, the Stones reached No. 1 on the British pop charts with their cover of Bobby Womack's "It's All Over Now."

The Jagger-Richards songwriting team created its first bona fide classic, "(I Can't Get No) Satisfaction," in 1965. The band enjoyed a string of hit singles well into 1966, including "Paint It Black," "19th Nervous Breakdown," "Get off My Cloud," "Have You Seen Your Mother, Baby," and "Lady Jane."

The group maintained enormous popularity for decades with classic albums like "Aftermath" (1966), "Sticky Fingers" (1971) and "Tattoo You" (1981), and with massive stadium tours that took them all over the world.