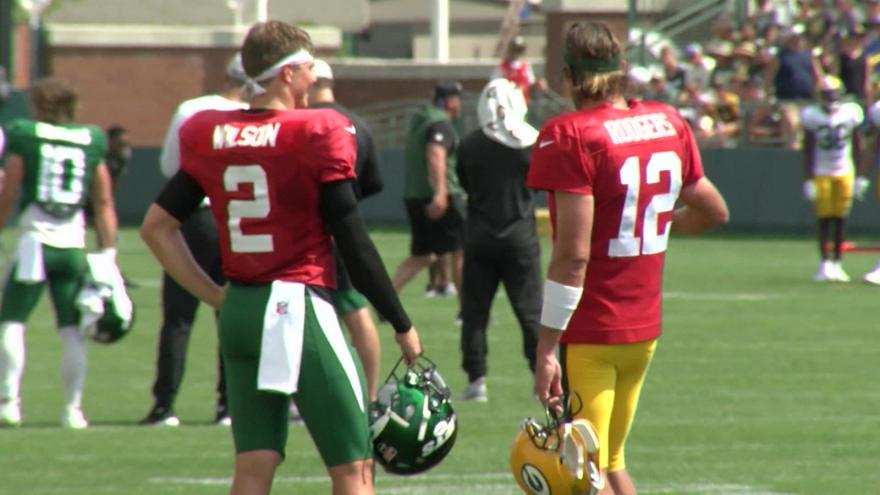 GREEN BAY, Wis. (AP) — Green Bay Packers quarterback Aaron Rodgers doesn't have nearly as much of a problem with joint practices now as he did two years ago.

The Packers conducted their first of two scheduled joint practices with the New York Jets.

Part of the reason for his revised stance was the familiarity between the Packers' and Jets' coaching staffs.

But there's also the sense that Rodgers is trying to savor this year as much as possible because the reigning MVP doesn't know what the future holds.