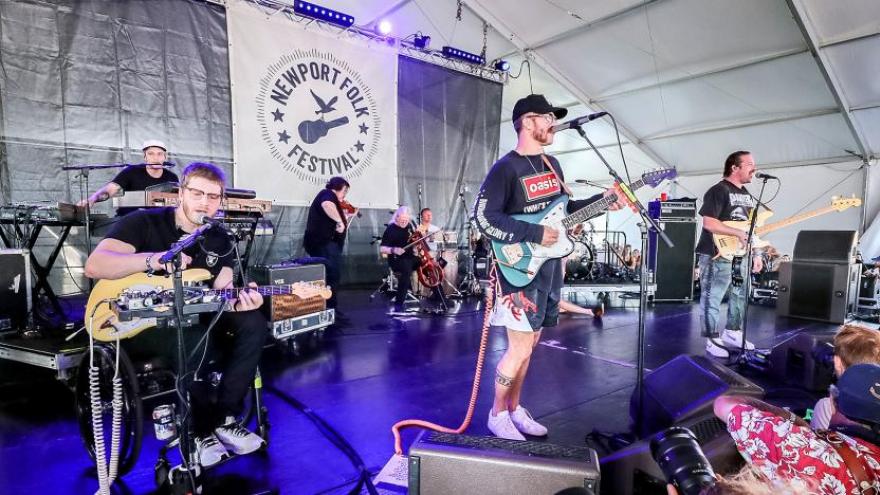 Portugal. The Man will send parents or children the books in an effort to protest a recent book ban implemented in one Alaska school district.

(CNN) -- The band Portugal. The Man is taking a stand after hearing news that an Alaskan school board voted to remove some classic books from elective high school classes.

The books, which were deemed "controversial," include: "The Great Gatsby" by F. Scott Fitzgerald, "Invisible Man" by Ralph Ellison, "Catch-22" by Joseph Heller, "The Things They Carried" by Tim O'Brien, and "I Know Why the Caged Bird Sings" by Maya Angelou.

Band members in Portugal. The Man, who are from Wasilla, a city within the Mat-Su Borough, called the decision "narrow-minded and un-Patriotic" on their Facebook page.

They offered up a solution: Any student or parent that wants a copy of the recently removed books can email the band, and they'll send them the books for free.

The district is based in Palmer, about 40 miles from Anchorage in the southern part of the state. It serves 46 schools and more than 19,000 students.

Portugal. The Man has continued to actively protest the book ban -- they recently created a logo protesting the ban, and made it available for use by the public for free. Th band is encouraging people to take the logo and create stickers, posters, shirts or even tattoos.

The indie rock band isn't the only group opposing the ruling. Many residents have also spoken out against the change.

"To say that those are too harsh or too scary of topics that shouldn't be in schools is absurd, because then you end up with kids that graduate and have no idea what any experience outside of their own could possibly be," Palmer City Council Member Sabrena Combs told CNN last month.

Each book was removed from the curriculum for various reasons, including "sexually explicit material."