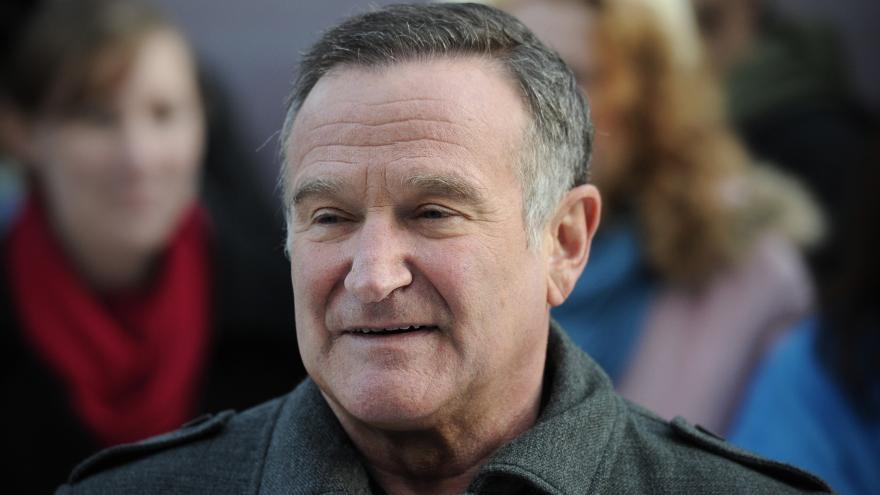 (CNN) -- Susan Schneider Williams seeks to reclaim her husband's legacy with "Robin's Wish," which tries to balance celebrating Robin Williams' life with explaining the undiagnosed illness that resulted in his death. The documentary tilts toward the latter, creating an uneven tribute that in part takes the media to task for the way those events were portrayed.

Williams died by suicide in 2014 at the age of 63, a tragic end for someone that had brought so much laughter and joy to others. Yet while there was speculation about depression, drug abuse and financial difficulties -- through the familiar "Tears of a clown" framing -- the cause was traced to Lewy body dementia, a rare, degenerative neurological disorder that left Williams impaired, frustrated and understandably confused, telling "Night at the Museum" director Shawn Levy, "I'm not me anymore."

What ensues is a deeply personal look back at Williams' final days, through the eyes of Schneider Williams, friends, and professional colleagues who could tell that something was wrong with him but were lost in terms of understanding it.

That last category includes not only Levy, who noticed the lapses while making the second "Night" sequel, but writer-producer David E. Kelley, who cast Williams in the CBS comedy "The Crazy Ones."

Much of "Robin's Wish" focuses on the science surrounding the disease, which Dr. Bruce Miller describes as "progressively irreversible, unstoppable, and always fatal," as well as often misdiagnosed, as it was in Williams' case.

The rest of the film, however, feels somewhat scattered, presenting glimpses of Williams' life and career, from his incredibly nimble comic mind and improvisational skills (both on stage and in an "Aladdin" recording session) to his friendships to his interactions with soldiers on USO tours. For a more satisfying and detailed exploration of Williams' genius, the better bet would be "Robin Williams: Come Inside My Mind," a 2018 HBO documentary.

In a statement released with the film, director Tylor Norwood underscores the project's objective, expressing his admiration for Williams, and the hope that the film "rights a wrong that was done to him, and takes away a cloud that has unjustly hung over his legacy for far too long."

The heartbreaking aspect of "Robin's Wish" lies in the fact that Williams died without knowing what was happening to him, while there's uplift in Schneider Williams' determination to set the record straight. How well that works translating that specific mission into a stand-alone documentary is, to some extent, another matter.