Robert Mueller public hearing to be delayed one week 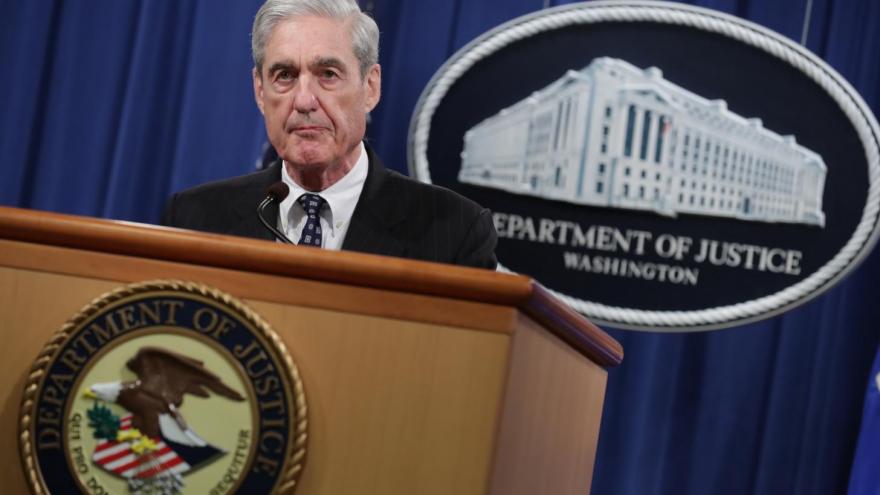 The House Judiciary Committee is discussing delaying public testimony from special counsel Robert Mueller one week to allow more time for Mueller to testify, according to sources familiar with the matter. CNN's Manu Raju reports.

(CNN) -- Robert Mueller's long-awaited testimony has been delayed a week, until July 24, to allow more time for Mueller to testify, House Democrats said in a statement late Friday.

House Judiciary Chairman Jerry Nadler and House Intelligence Chairman Adam Schiff said in a joint statement that Mueller's public appearance had been pushed back at the former special counsel's request, and that Mueller had agreed to appear for an extended period.

"The House Judiciary Committee will convene on July 24 at 8:30am with Special Counsel Mueller testifying in public for three hours. After a brief break, the House Intelligence Committee will convene for additional public testimony beginning at 12:00pm," the chairmen said in a statement. "All members -- Democrats and Republicans -- of both committees will have a meaningful opportunity to question the Special Counsel in public, and the American people will finally have an opportunity to hear directly from Mr. Mueller about what his investigation uncovered."

But the committees are no longer expected to hear from two Mueller deputies -- Aaron Zebley and James Quarles -- on the same day, according to two sources familiar with the matter. Democrats had sought to question the deputies behind closed doors about the special counsel investigation.

Attorney General William Barr had expressed a desire this week that the deputies not testify, and the Justice Department was resisting their appearances.

The closed-door testimony of the deputies was a significant hang-up as negotiations dragged on Friday to delay Mueller's testimony, according to a source familiar with the discussions. The House Intelligence Committee in particular wanted to speak to the deputies in closed session so they could dive into classified, counterintelligence details of the investigation.

One of the sources noted that the committee had spoken to a senior member of Mueller's team this week for five hours of testimony and remains in negotiation with the Justice Department about the appearance of others who worked with Mueller. CNN reported on Thursday that the committee had met with David Archey, a senior FBI official on Mueller's team, in closed session.

Mueller had been scheduled to appear on July 17 before the House Judiciary and Intelligence committees in back-to-back sessions where 22 members from each committee would get to question the special counsel.

But the plan sparked an uproar from members on the Judiciary Committee of both parties over the limited time the special counsel was expected to testify, which would have shut out roughly half the panel from asking questions of Mueller.

On Friday morning, the Judiciary Committee took an abnormal, brief recess from a hearing about lessons from the Mueller report, where members were told that the hearing could be delayed while the committees were negotiating with Mueller for more time.

The one-week delay scrambles preparations across Washington for what's the one of the most high-profile hearings in years. While Mueller's hearing is hotly anticipated on Capitol Hill, securing his appearance has been an arduous affair for congressional Democrats, as the special counsel did not want to appear before Congress — and said so publicly in his only public statement delivered on his final day as special counsel.

But Democrats insisted they needed to hear from Mueller, in order to bring to life the dense 448-page report on Russian election interference and possible obstruction of justice. Their desire set off months of negotiations that ultimately led to Mueller agreeing to appear, under subpoena, for a limited time period.

Lawmakers said Friday they were hopeful that a resolution would emerge to allow more members to question Mueller.

"I think that would be the ideal situation, for sure," said Rep. Pramila Jayapal, a Washington Democrat.

Rep. Hakeem Jeffries, a senior member of the panel, said the frustration among the junior members of the committee wasn't about bruised egos.

"I don't think anyone has said they want their time in the spotlight, I think at the end of the day the American people will be better served if we spend as much time as possible communicating the importance of the stakes of this hearing as it relates to an incredible attack on our democracy, unprecedented in our nation's history," Jeffries said.

Mueller's testimony is seen as essential among Democrats who are advocating for the House to begin an impeachment inquiry into the President, especially because the Trump officials who are cited in the Mueller report have so far either refused to testify or answer most questions posed by the Judiciary Committee, under direction from the White House.

But many Democrats were also concerned that the limited time period of roughly two hours before each committee wouldn't be enough time for Mueller's testimony to have an impact. And those on the Judiciary Committee who weren't in line to get questions were up in arms they might not get their shot to question Mueller with millions tuning in.

Rank-and-file Judiciary members were publicly and privately pressing the committee to seek a longer hearing with Mueller.

"Absolutely," California Rep. Ted Lieu said Thursday when asked if he would be concerned if he's not allowed to ask questions.

"I'll be disappointed, but I'm hopeful," Pennsylvania Democratic Rep. Madeleine Dean, a Judiciary Committee member, said Thursday. "I feel it's part of my duty to be part of this oversight."