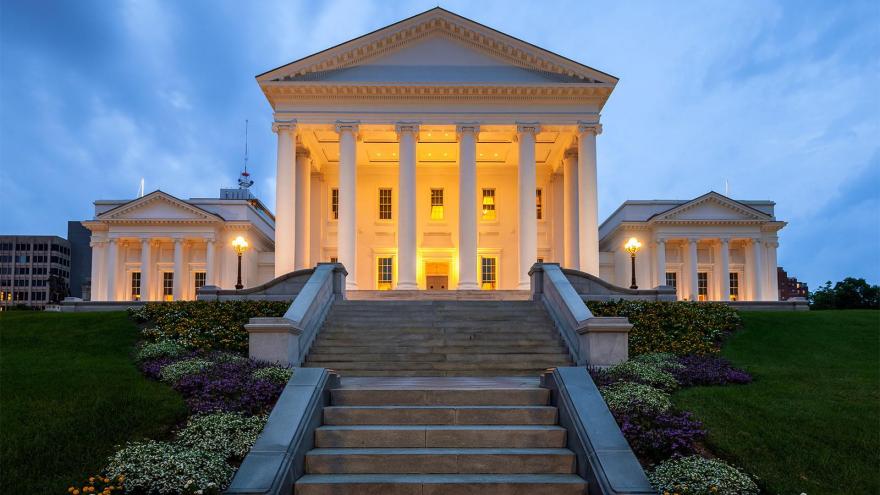 A statue of Confederate Gen. Robert E. Lee and several busts honoring Confederate figures have been removed from the Virginia statehouse.

(CNN) -- A statue of Confederate Gen. Robert E. Lee and several busts honoring Confederate figures have been removed from the Virginia statehouse.

The Democratic speaker of the Virginia House of Delegates announced in a statement Friday that the Confederate artifacts were removed at her direction from the old House chamber, which was used by the body until 1904 and now serves as a museum. The removal process began Thursday evening and finished Friday morning, according to the release.

"Virginia has a story to tell that extends far beyond glorifying the Confederacy and its participants," Speaker Eileen Filler-Corn said.

Among the eight busts that were removed were ones of Gen. Thomas "Stonewall" Jackson, Gen. J.E.B. Stuart and Jefferson Davis, the former president of the Confederacy. The speaker said a newly formed advisory group will eventually "provide analysis" to her on what to do with the now-removed artifacts, among other things.

The move by Filler-Corn to remove the artifacts from the statehouse comes as Confederate statues continue to be taken down by both governments and citizens alike across the country amid a reckoning with America's racist past.

Richmond, Virginia, the former capital of the Confederacy, has been at the forefront of the process in recent weeks. In June, Virginia Democratic Gov. Ralph Northam announced plans to remove a large statue honoring Lee from the city's historic Monument Avenue, but a number of residents in the city sued to block the removal.

And earlier this month, the Democratic mayor of Richmond, Virginia, invoked his emergency powers to remove multiple Confederate monuments in the city, including a statue honoring Jackson, from Monument Avenue.

Virginia became a focal point around the nationwide debate about removing Confederate monuments in 2017, after one person was killed and 19 others were injured in Charlottesville when white supremacists and neo-Nazis protested the removal of a statue of Lee.

Meanwhile, in Washington, DC, House Democrats have recently been pushing to remove a number of Confederate artifacts that exist throughout the Capitol.

The House approved legislation to expel Confederate statues from the US Capitol on Wednesday, but the Senate also would have to pass the legislation for it to take effect and Republicans in that chamber have so far pushed back on congressional efforts to address the statues, saying states should make the decision.

House Speaker Nancy Pelosi has also called for the Joint Committee of Congress on the Library -- the committee that oversees the collection of statues in Statuary Hall as well as other fine art in the Capitol -- to direct the Architect of the Capitol to immediately take steps to remove Confederate statues from the building, though the panel, which is evenly composed of Republican and Democratic lawmakers and chaired by GOP Sen. Roy Blunt of Missouri, would need to vote on a simple majority vote to remove the statues from display in the Capitol.