Robb Elementary School may be demolished. Here's what happened to schools after other horrifying attacks 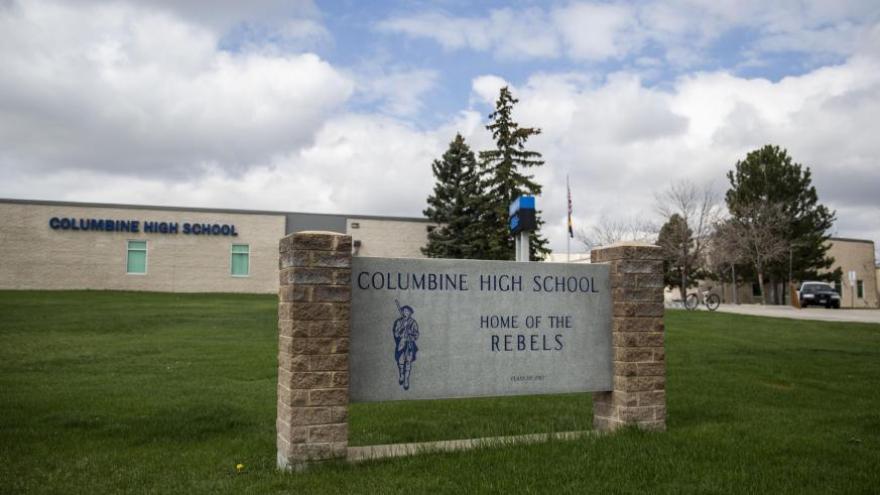 Police patrol outside Columbine High School in 2019, days before the 20th anniversary of a massacre at the school.

(CNN) -- Just months after the devastating mass shooting in Uvalde, Texas, students are set to return to class on Tuesday. But survivors will never return to the building where 19 of their classmates and two teachers were massacred in May.

"We could never ask a child to go back, or a teacher to go back into that school ever," said McLaughlin.

Demolishing schools after a mass shooting has become common enough that there is a federal grant process available, according to Texas state Sen. Roland Gutierrez.

That such a process even exists is depressing, Gutierrez told KSAT-TV in May.

"What kind of world are we living in that legislation was created for razing these schools?" he said.

Other schools have also taken the path of destroying buildings after a mass tragedy.

"In many cases, these schools are closed or entirely renovated in an attempt to decrease the traumatic reminders that they have become for community members," said the Center for Violence Prevention at Children's Hospital of Philadelphia.

It's not clear when Robb Elementary School will be razed and if it will be replaced with another school or whether a memorial or other building will take its place.

In the meantime, survivors of the attack will attend classes at other schools in the school district.

The district's superintendent, Hal Harrell, has laid out plans to make schools safer.

But some families still don't feel comfortable returning and are transferring to other districts or taking classes online. A total of 416 students have transferred out of the district, and 136 have enrolled in virtual education, according to KSAT-TV.

Here's a look at what happened to other schools after horrifying attacks:

Number of victims killed: 26 (including 20 children ages 6 and 7 and six adults)

What happened to the school: The entire school was razed and rebuilt.

Three weeks after the gruesome attack, Sandy Hook students traveled to the nearby city of Monroe and started attending classes at Chalk Hill Middle School, which was no longer being used as a middle school.

Four years after the massacre, a newly rebuilt Sandy Hook Elementary opened to students -- including fourth graders who were kindergarteners during the bloodbath.

Number of victims killed: 13 (including 12 students and one teacher)

What happened to the school: Columbine High School closed for the rest of the school year. Officials said the attack damaged about 23,000 square feet of the school and left an estimated 900 to 1,000 bullet and shrapnel holes in the walls and ceilings.

Four months later, at the beginning of the new school year, most of the school reopened -- except for the library, where most of the carnage took place. It was demolished and replaced with a newly built school library, called the Hope Library.

Number of victims killed: 17 (including 14 students and three staff members)

What happened to the school: Students returned to the campus two weeks after the massacre. But the school's Building 12, where most of the victims were killed, was closed off behind emergency tape with its windows covered.

A new building later replaced the temporary classrooms students had been using in the wake of the slaughter.

Number of victims killed: 10 (including eight students and two teachers)

What happened to the school: Students returned 11 days after the bloodshed.

Even though there were only two days left in the school year, senior Kaitlyn Richards said she didn't want her high school career to end with the massacre.

"I don't know if we'll ever be ready to go back to school," she told CNN affiliate KTRK the day school resumed.

"But I don't want that last day to be my last memory of my senior year. I just want to know I can see all my classmates once again."