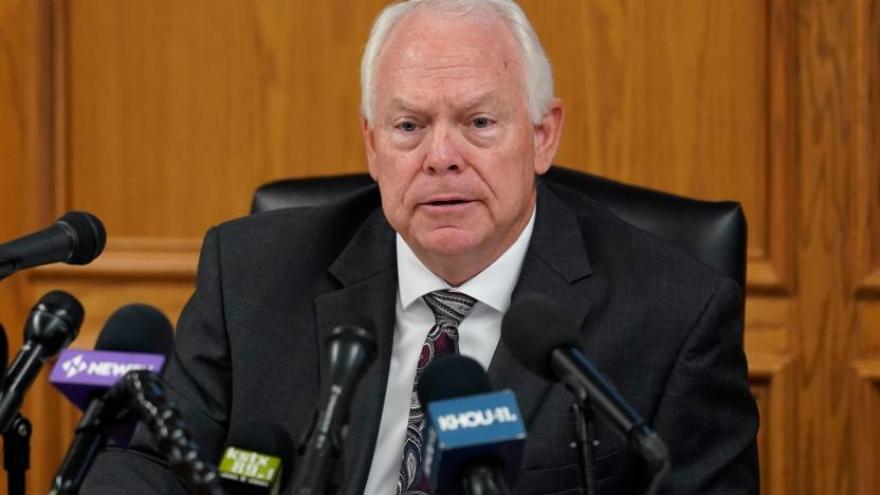 (CNN) -- The parent of a Robb Elementary student who was not injured but is suffering emotional effects following the massacre that left 19 children and two teachers dead said Monday he and four other parents have each filed complaints with the school district calling for the superintendent's removal.

The school board held a special meeting Monday night to review the complaints against Superintendent Hal Harrell.

Before the session, Adam Martinez told CNN he wants "accountability" in the wake of a Texas statehouse report reviewing the May 24 mass shooting, and "that starts with superintendent and anyone below him."

The report from a Texas House investigative committee cited Robb Elementary's "culture of non-compliance with safety policies," including its failure to adequately prepare for the risk of an armed intruder and the common practice of leaving doors unlocked. The massacre was the deadliest US school shooting since 2012.

The school board's meeting began with a public comment period of about 10 minutes then moved into closed session. A little more than three hours later, board members reemerged.

One board member brought a motion to make the superintendent provide to the board the names or organizations who could review the school district's administrative practices regarding accountability. It also directed him to schedule a board town hall for the public to discuss issues related to the start of the new school year.

The board also voted to coordinate with Harrell on the investigation into school police.

Families and community members expressed anger at the end of the meeting, with some saying that it took three hours to not accomplish anything.

The board has another meeting scheduled for Wednesday where it will consider firing school district police chief Pete Arredondo.

Officials have said Arredondo was the on-scene commander during the shooting, but the chief has disputed this, saying he did not believe he was in charge.

Responding officers from multiple agencies did not enter the classroom to confront the shooter until more than an hour after the shooting began -- a move that some law enforcement experts say could have cost lives.

Harrell has recommended Arredondo -- who is on unpaid leave -- be fired.

The school board has postponed Arredondo's termination hearing twice because of requests from his attorney involving his right to due process.