Rivian lost $1.7 billion in three months. Here's why that may not be a problem 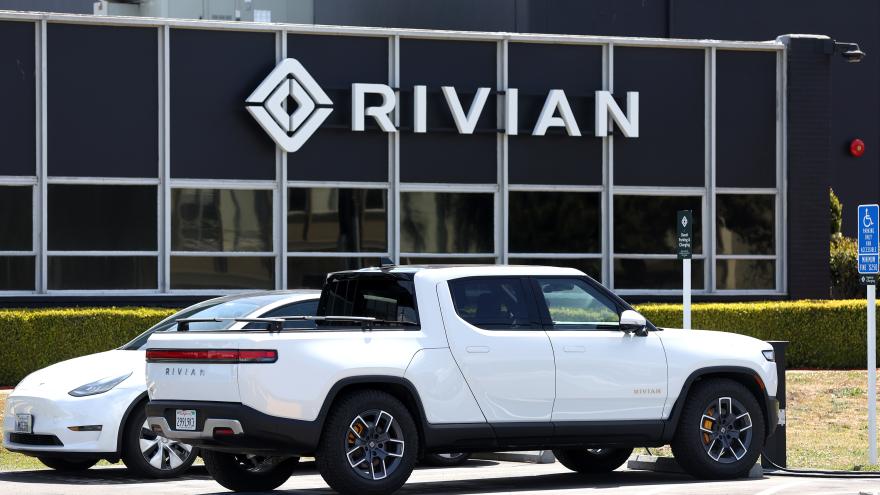 (CNN) -- Rivian lost a whopping $1.7 billion in the second three months of the year, but some auto industry experts say it's no cause for concern.

Huge losses are to be expected when a new automaker grows. Building millions of vehicles requires investing billions in equipment and employees. Entire factories need to be outfitted from scratch. Supply chains laid out. Engineers need time and money to develop vehicles and everything they need, from propulsion to suspension to brakes, from the ground up. And those engineers need a human resources department.

Tesla became the first company toestablish itself as a mass-market American automotivecompanysince Chrysler do so in the 1920s, and now Rivian wants to follow suit. It's the US startup widely viewed as having the best shot, given its deep pockets, A-list investors — which have included Amazon and Ford — as well as its engineering talent. Amazon owns roughly 18% of Rivian, as of Nov. 2021, and has ordered 100,000 delivery vehicles from the company. Ford invested $500 million in Rivian in 2019 and its executives previously sat on Rivian's board of directors.

"It's a measurement of nothing," James P. Womack, a fellow at the MIT Mobility Initiative and author ofa widely cited book on auto manufacturing, "The Machine That Changed the World," said of Rivian's losses. "If they could have totally opened the throttle on their Georgia plant they could've lost even more money."

Rivian has plans for a $5 billion facility in Georgia that it says will be able to produce 400,000 vehicles a year. Butfor now, it's building everything in a former Mitsubishi factory in Normal, Illinois.

"For Rivian, so far so good, and too soon to tell," Womack said of its future. "But I don't see any red flags." Rivian CEO RJ Scaringe was a student of Womack's at MIT in 2009 shortly before starting Rivian.Womack said they still speak from time to time, but he is not an investor in the company.

It hasn't all been smooth sailing, however. The company switched its head of manufacturing in May and laid off 6% of its workforce last month, citing inflation, high interest rates, and rising commodity prices as factors. It was also forced to raise prices on its offerings recently as well.

Big losses aren't uncommon when introducing a new technology, according to Richard Langlois, a Connecticut professor who has studied the economic history of tech.

"Sometimes huge losses are to be expected in scaling up," Langlois told CNN Business. "Though [Henry] Ford scaled slowly enough that he never lost money."

Tesla, for example, lost $717.5 million in the second quarter of 2018 as it pushed to produce the Model 3. It had $2.2 billion in cash remaining following the losses.

Tesla later raised additional funds, an option that Rivian will have too if its cash hoard dwindles. Rivian counts Amazon as an investor, which had its own long string of losses before producing profits.

Investors haven't reacted negatively to Rivian's loss. The stock was up slightly Friday following the news.

"We believe Rivian is in a great position to capture the massive influx of current and future EV demand," Wedbush analyst Daniel Ives wrote in a note Friday. He pointed to Rivian reiterating that it is on track to meet its goal of producing 25,000 vehicles this year as proof it's starting to turn a corner. While 25,000 vehicles produced in a year is far less than Rivian's competitors -- Tesla, for example, produced 930,422 cars in 2021 -- it is significant growth as Rivian produced only 1,015 vehicles in 2021.

Building an auto company is a monumental task as it requires hiring a new workforce, creating a new management system and building a new product in a new location.

"You're doing this with a bunch of strangers from different industrial management traditions, and different technological skills," Womack said. "It's kind of amazing anybody can do this at all."

Womack said it's best at this stage to evaluate Rivian through its products, and how they make consumers feel. The Rivian R1T pickup and R1S SUV have received popular reviews, including the R1T being named the MotorTrend Truck of the Year.

If Rivian can keep its momentum up it seems to have as good a chance as any of Tesla's American rivals.