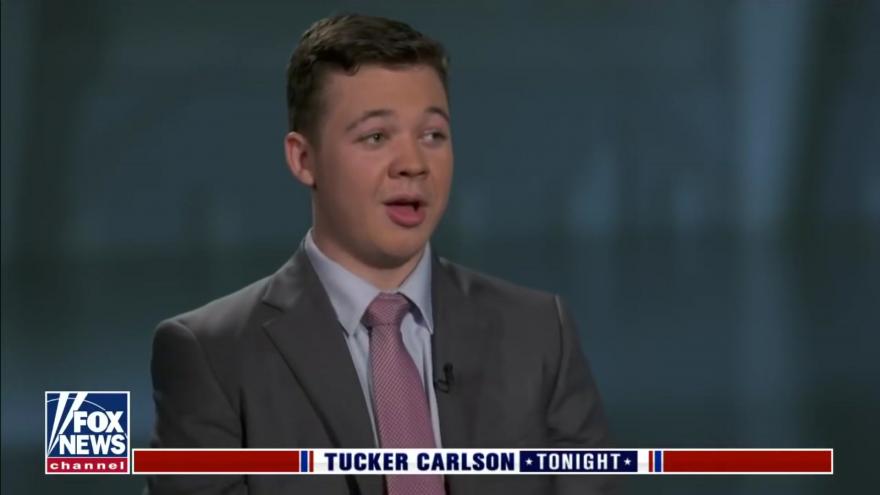 NEW YORK (AP) — Kyle Rittenhouse says in a new interview that he believes the jury that acquitted him of murder came to the right verdict, and he's now hoping to lay low for a while.

"A lot of people are like 'Kyle had time to meet with his attorneys to come up with this amazing defense,'" Rittenhouse said. "No, that's not the case. This has been 100% about self-defense from the beginning and I didn't know there was 100 cameras. But I did know I was attacked and I defended myself."

Rittenhouse was acquitted Friday on charges stemming from killing two men and wounding another during the unrest that followed the shooting of Jacob Blake, a Black man, by a white police officer in Kenosha last year.

The 18-year-old tells Fox News host Tucker Carlson in an interview that aired Monday night he's "not a racist person" and he supports the Black Lives Matter movement.

He said his "case has nothing to do with race...It had to do with the right to self-defense."

Rittenhouse is white, as were the men he shot.