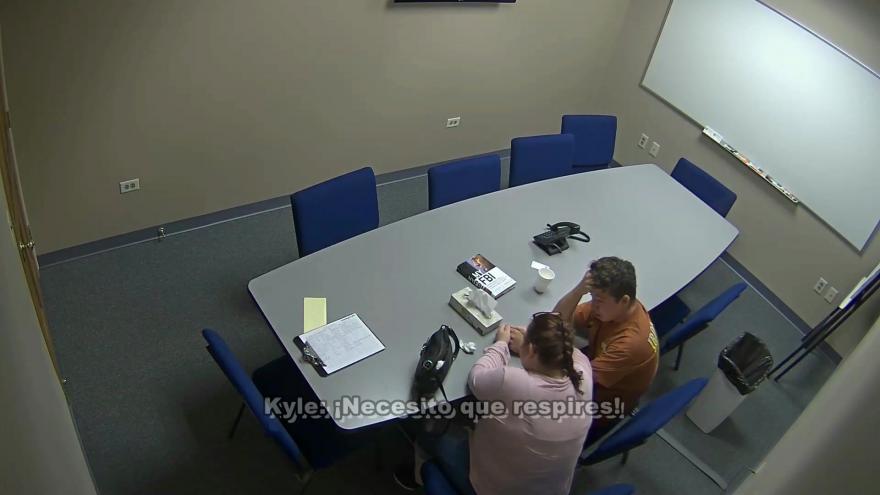 MADISON, Wis. (AP) — Newly released police video shows that an Illinois teen accused of killing two people during unrest in Wisconsin and his mom were fixated on social media comments about them in the hours after his August arrest.

The Chicago Tribune reports that police in Antioch, Illinois, on Monday released four hours of video taken after Kyle Rittenhouse turned himself in hours after the Aug. 25 protest in Kenosha.

After Rittenhouse said he wanted a lawyer, police left him in the interrogation room with his mother. Wendy Rittenhouse spent the next several hours scrolling through her phone. At one point she lamented about people posting derogatory remarks about them on Facebook.