Right whales are smaller than they used to be, in part due to commercial fishing and changing oceans, study says 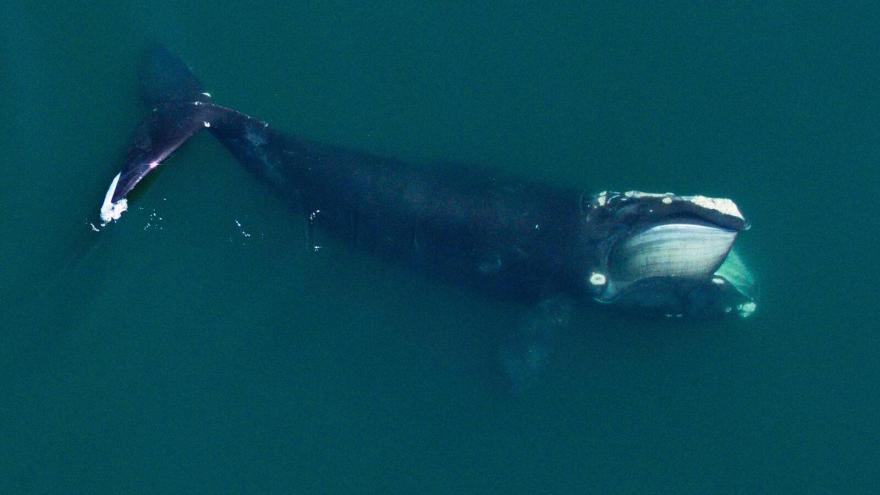 Changing ocean conditions that affect prey availability could also be playing a role in the decreasing body lengths of North Atlantic right whales.

(CNN) -- Scientists have found that, even though right whales are protected from direct catch, they are significantly shorter compared to 40 years ago due in part to commercial fishing, according to a new study.

The study -- written by Joshua Stewart of the National Oceanic and Atmospheric Administration (NOAA) and his colleagues at the New England Aquarium, Oregon State University and Woods Hole Oceanographic Institution -- documents the challenges faced by right whales as indicated by changes in their life history characteristics, including size, according to a news release.

"On average, a whale born today is expected to reach a total length about a meter shorter than a whale born in 1980," Stewart said. "That represents an average decline in length of about 7%. But that's just the average -- there are also some extreme cases where young whales are several meters shorter than expected."

The whales were an ideal case study because they've been monitored consistently since the 1980s, with individual-level information on age and size and detailed records of attached-gear entanglements, the release said.

"Major impacts on life history like this have been documented in heavily exploited commercial species, especially fishes, but to our knowledge this is the first time these kinds of impacts are being recorded in a large mammal," Stewart said.

The researchers used aerial photogrammetry measurements collected from crewed aircraft and remotely operated drones over a 20-year period to look for changes in the whales' body lengths. Besides the smaller sizes, researchers found that right whale populations are struggling to survive.

John Durban, from Oregon State University, said the researchers were able to build on their previous work that used conventional aircraft in the early 2000s by adopting new drone technology to extend the time series.

"In both cases, we were able to measure whales by flying a camera high above them, essentially giving them a health check without them knowing we were there," he said.

The monitoring made it possible to see what effects severe and prolonged entanglements in nets and other fishing equipment had on the fitness of the right whales long term, as well as other environmental factors such as ship strikes and shifts in their food source.

"Previous studies have shown that the increased drag from entangling gear requires right whales to spend a lot of extra energy just to go about their normal activities, and that is energy they might otherwise spend on growth or reproduction," Stewart said. "In some cases, entanglements can be lethal, but it turns out that even sub-lethal entanglements can have lasting impacts on right whales."

The study found that the smaller the whale, the more likely an entanglement will become lethal, because the energy stored in the animal will be smaller. Based on the findings, the researchers call for stronger management actions to reduce the impacts of fishing gear and vessel operations.

The researchers also plan to study female right whales and see if reproduction is a negative factor to decreased size.