Riders who did not intervene during alleged sexual assault on a SEPTA train won't face charges, prosecutor says 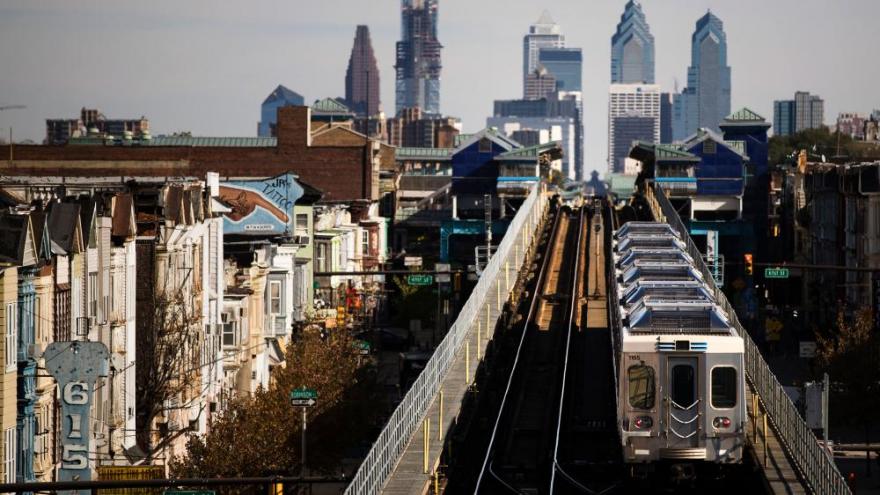 Riders who failed to call 911 or stop the alleged sexual assault of a woman on a transit train in Philadelphia will not be prosecuted, according to the district attorney's office.

(CNN) -- Riders who failed to call 911 or stop the alleged sexual assault of a woman on a transit train in Philadelphia will not be prosecuted, according to the district attorney's office.

Delaware County District Attorney Jack Stollsteimer urged anyone who witnessed the alleged rape on a Southeastern Pennsylvania Transportation Authority train last week to come forward, saying in a statement they did not have to fear prosecution.

"While I share the public's outrage that such a heinous crime could occur on a public SEPTA train, I want to reiterate that Pennsylvania law does not allow for the prosecution of a passenger who may have witnessed a crime," Stollsteimer said.

"Accordingly, any passenger who believes he or she may have observed the October 13th event on the SEPTA train should not fear prosecution," he said. "You are encouraged to come forward to share information with law enforcement."

The alleged rape occurred on SEPTA's Market-Frankford line last Wednesday night, SEPTA said in a previous statement, calling it a "horrendous criminal act" that was witnessed by other people on the train who did not alert authorities.

It wasn't until a SEPTA employee saw what was happening and called 911 that a SEPTA Transit police officer boarded the train and took the suspect into custody, a spokesperson for the public transit authority said this week.

Stollsteimer's office will focus on prosecuting the suspect in the case -- previously identified as 35-year-old Fiston M. Ngoy -- the district attorney's statement said. Ngoy had a preliminary arraignment last Thursday on charges of rape, sexual assault, aggravated indecent assault and more, according to court documents.

He is being held at Delaware County Prison on 10% of $180,000 bail, according to court documents. He has a preliminary hearing scheduled for next Monday. CNN has been unable to reach Ngoy for comment this week. It is not clear who his legal representation is.

The district attorney echoed his comments in a news conference Thursday, telling reporters people are "under no criminal obligation to intervene and put yourself at risk to stop a violent crime" from occurring.

He also rejected the "narrative" that people stood by and did nothing -- or took out their phones to film -- while the alleged assault took place.

"There's a narrative out there that people sat on the El train and watched this transpire and took videos of it for their own gratification. That is simply not true," the DA said. "It did not happen. We a have a security video from SEPTA that shows that was not the true narrative."

"What actually happened was a handful of people who were getting off and on the train as it made its way to 69th Street, had observed different parts of this incident," Stollsteimer said, adding later that the train was sparsely populated. "Two people, we think, may have actually videotaped using their telephones. One of those people probably was the one who made the anonymous tip, that alerted the SEPTA police department."

SEPTA officials and the Upper Darby police superintendent both previously indicated they believed the alleged assault could have been stopped if others had acted.

Suspect harassed victim for about half an hour before rape, affidavit says

In the meantime, more details about the alleged assault have been revealed in an affidavit against Ngoy, which indicates the rape occurred after the suspect appeared to harass the victim for about half an hour.

The victim told police in an interview she'd gotten on the wrong train after having a few beers after work, according to the affidavit, which goes on to lay out a timeline of the assault based on video surveillance footage.

"Throughout this time the victim is obviously struggling with trying to keep him off of her," the affidavit says.

The suspect removes the victim's pants and lowers his own at 9:52 p.m., the document states, and the rape occurs for the next 6 minutes before a SEPTA police officer enters the train and pulls the suspect off the victim.

The victim was taken to Delaware County Memorial Hospital for treatment, while the suspect was taken to Upper Darby Police Headquarters and interviewed by police, the affidavit says.

However, the victim told police she does not know the suspect and did not give him permission to touch her, the affidavit says.

A man was arrested for allegedly groping and assaulting a female victim, officials said. He was set to be arraigned Thursday, Upper Darby Police Superintendent Tim Bernhardt said. CNN has been unable to reach the man for comment.

According to Bernhardt, police believe the victim missed her stop and approached the man to ask how to get onto the opposite side of the platform. They were both walking over, when, Bernhardt said, "this groping and this assault occurred."

In this case, the victim "cried out for help, and a witness helped her," Stollsteimer said. Bernhardt said a SEPTA police officer was alerted to the incident and responded.