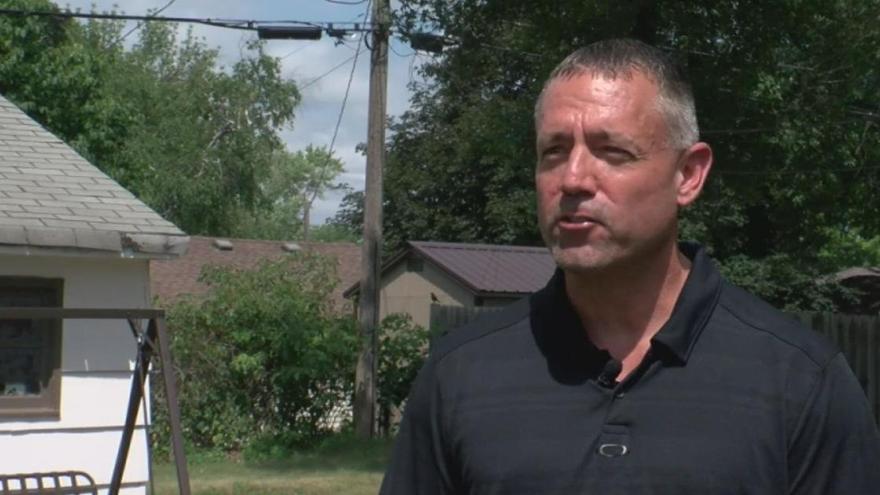 RICHFIELD, Minnesota (WCCO) -- Neighbors are praising a Richfield man for the way he handled an unexpected encounter recently.

A discovery in his garage prompted him to call 911 but by the time officers got there, his perspective on the whole situation changed.

Dan McCurdy leaves his garage open from time to time. No big deal, he says

Until one evening - when he came home to an uninvited guest rummaging through it.

"This girl had probably the worst luck there is because I was coming around the corner right here," said McCurdy. He called 911 on the apparent thief.

But when he confronted her and asked her what she was doing her reaction surprised him.

"She was honest, she said 'I tried to get into your car,'" said McCurdy.

Remember the cops were still on their way.

"That's whenever I started to feel remorse because now I didn't want to make her life more difficult," said McCurdy. He wondered if he made the right call.

"It humanized her she wasn't just a thief she was a person," said McCurdy. "I wish I would've asked her if I could've gotten her help right there but I was totally unprepared it took me by surprise that day."

And that's when her bad luck that day turned around - he asked the cops not to press charges and they let her go.

"I saw the direction she had gone and I was able to catch back up to her," said McCurdy.

And when he did:

"I got my wallet out and I gave her some money," said McCurdy. "She just looked surprised, she looked at me like why are you doing this? I just said I feel bad for your situation and I hope you can get things turned around."

A life lesson uncovered for both of them in a Richfield garage - a reminder to have compassion.

"Yeah it's kind of what's lacking," said McCurdy. "I don't think she's had a lot of that in her life."

"Everybody is going through something," said McCurdy.

We asked Hennepin County if there was more McCurdy could've done.

They tell us there are new tools like embedded social workers in all suburban police departments in the county. They're still rolling out the Minneapolis program.

They say call 911 but explain the situation in as much detail as possible so the right people are dispatched.

We also have a number to call in a psychiatric emergency: COPE Mental Health Emergencies - 612-596-1223