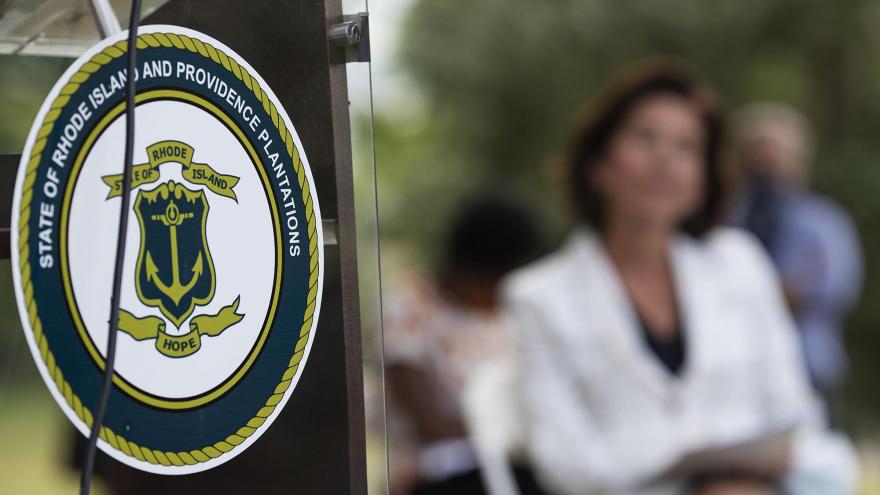 This year's Question 1 ballot proposition asks voters whether to amend the state Constitution and trim that name to simply "State of Rhode Island."

This year's Question 1 ballot proposition asks voters whether to amend the state Constitution and trim that name to simply "State of Rhode Island."

"Nobody is trying to eradicate the history that has been in play," said Democratic state Rep. Anastasia Williams of Providence, who worked to get the question placed on the ballot this year following George Floyd's death at the hands of Minneapolis police and is now working with the "Yes on 1" campaign. "But we need to present the true and accurate history of it entirely, as opposed to just bits and pieces."

Williams added: "If you don't believe that that word has a life, a real dark painful life, then you're seriously mistaken."

What are 'Providence Plantations'?

The "Providence Plantations" in the state's official name comes from the settlement founded in 1636 by Roger Williams, which now includes the state's capital, Providence, according to the state government's website.

Although Rhode Island passed a law in 1652 banning African slavery, it was never enforced and the state later "played a leading role in the transatlantic slave trade," according to the John Carter Brown Library at Brown University in Providence.

Rhode Islanders had more enslaved people "per capita than any other New England state," according to the John Carter Brown Library, including on plantations in South County, and they enslaved Africans and Native Americans.

"Between the transatlantic slave trade and the West Indian provisioning trade, it is hard to imagine any eighteenth century Rhode Islander whose livelihood was not entangled, directly or indirectly, with slavery," according to the Brown University Steering Committee on Slavery and Justice's 2007 report on the university's historical ties to slavery and the slave trade.

'What does that accomplish?'

"My opposition is purely historical," he told CNN, insisting his opposition is not racist. At the time Providence Plantations was founded, "plantations" simply referred to a tract of land or a farm, he said.

"The word 'Providence' is for God's divine providence in giving Roger Williams a place to establish the American principle of religious liberty and church-state separation," Conley said of Providence Plantations' founder. "You want to wipe that away?"

Conley also questioned what striking the words from the state's official name would achieve.

"What does that accomplish? Does that advance race relations in America? In the world?" Conley said. "It is what it is. History is what it is. You don't whitewash history. That is an act of, frankly, stupidity."

"Removing the word 'plantation' -- it will never truly make the amends of the past, the horrors of the past, but at least makes amends," said Democratic state Sen. Harold Metts of Providence, another legislative sponsor of the ballot question. He said he can trace his own family history of enslavement to a plantation in Virginia.

A prior campaign to change the name

A previous effort to strike "Providence Plantations" from the state name met sound defeat in 2010, but Metts said he, Williams and other state legislators have continued to push for the change.

"Accept the true and accurate history of what Rhode Island participated in, because it's out in the open," Williams said.

Proponents of this year's ballot effort have spent at least $73,000 on a slick website, internal polling and digital advertising on platforms such as Facebook, YouTube, Google and Reddit, according to campaign filings with the state.

There is no organized opposition campaign filed with the state, though supporters of sticking with the full name are making themselves known in opinion pages and letters to the editor.

There has been no public polling on the question, but longtime Rhode Island pollster Joe Fleming said this year has been different than the previous push.

"I don't think there was any strong reason why it should change at that time," Fleming said of the 2010 effort. "Now, I think there's more of a reason, if they can get that out to the voters."

Regardless of the ballot question's outcome, some state and local leaders have already moved to strike "plantations" from the state's name in official communications by executive orders. Democratic Gov. Gina Raimondo's executive order struck the term from state documents, and Democratic Providence Mayor Jorge O. Elorza's order removed the term from city documents and oath ceremonies.