Rev. Jesse Jackson discharged from hospital after being treated for fall at Howard University 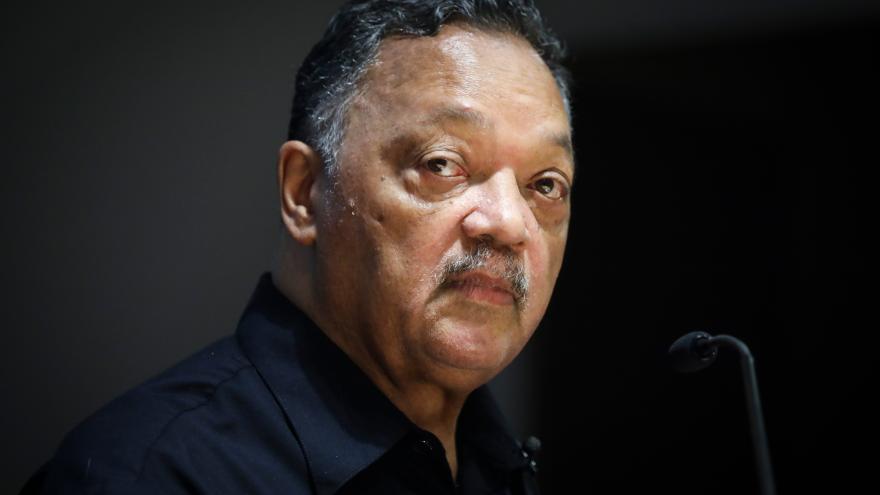 (CNN) -- Civil rights leader Rev. Jesse Jackson was discharged from the hospital Tuesday, one day after a fall, and has returned to Howard University to continue negotiations on campus, according to a statement released by the Rainbow Push Coalition.

According to the statement, Jackson had been meeting with Howard University President Wayne A.I. Frederick and students concerning their complaints about rodents, mold and flooding in their residential halls when he fell Monday.

Jackson wanted to return to campus, according to the statement, to continue negotiations.

"After bringing the students and the school administration together, Rev. Jackson said there was much progress made yesterday and that he is going back today to help resolve their differences," the statement said.

Jackson's medical tests including a CT scan which came back normal. He was kept overnight for observation.

Monday's incident is the latest of recent health concerns for the 80-year-old Jackson.

He and his wife, Jacqueline Jackson, 77, were both hospitalized in August after testing positive for the novel coronavirus and discharged in early September. Jackson then received physical therapy at a rehab facility due to his Parkinson's disease and was released later that month.

In February, it was announced the civil rights leader had undergone successful surgery after being hospitalized for abdominal discomfort.

Students at Howard University have been protesting since mid-October against what they say are substandard living conditions.

Black leaders have rallied around the students at the historically Black college in Washington, who have been assembling for sit-ins at the school's Blackburn University Center to demand the university address their concerns.

Frederick, the university president, has addressed the protests twice in a letter to the Howard community, the latest of which was sent Tuesday.

"I am optimistic that we will emerge from this moment and continue to make progress towards our shared vision for Howard University, as outlined in the Howard Forward strategic and master plans," he wrote.

Frederick wrote he is still willing to meet with students "as soon as the building is vacated." He also said he will give his state of the university address -- which had been delayed from homecoming weekend -- this Friday and he will then meet with student leaders and alumni.