Retired doctor, 67, gives birth in China after getting 'pregnant naturally' 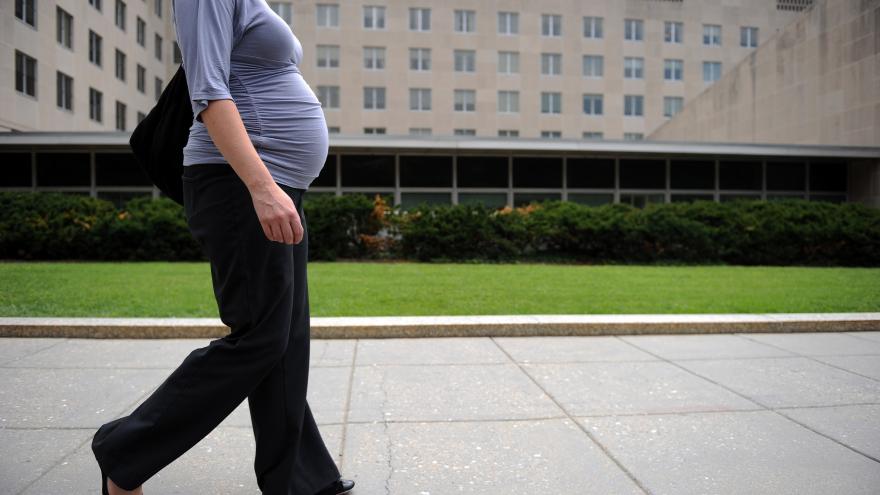 (CNN) -- A 67-year-old retired doctor has given birth in China -- potentially making her the country's oldest new mother.

The woman, surnamed Tian, gave birth to a girl on Friday at Zaozhuang Maternity and Child Health Hospital, where she had worked as a doctor before retiring, in the country's northeastern Shandong province.

The baby was delivered via a cesarean section. "We were quite lucky, given that the mother was at an advanced maternal age and had a variety of complications," Liu Wencheng, the physician in charge of the delivery, told state-run broadcaster CCTV. The baby reportedly weighed 2.56 kilograms (5.6 pounds) at birth.

Liu said that "during the cesarean section, we found that Tian's ovaries were just like the ones of a 40-year-old woman. They hadn't shrunk like a 60-year-old's ovaries would have, which might explain how she got pregnant naturally."

Tian and her child were transferred to an intensive care unit immediately after the delivery, but their vital signs were at normal levels as of Monday, the hospital spokeswoman told CNN.

Speaking to the Qilu Evening News, Tian's husband, a 68-year-old surnamed Huang, said the couple had decided to name their new baby Tianci, which means "gift sent from heaven."

The elderly couple already have two grown children, a son and a daughter, and several grandchildren, he told the paper. Their eldest grandchild turned 18 this year.

The two children had objected to their parents having another baby. "My daughter even said that if I gave birth to this little baby, she would sever all ties to us," Tian told CCTV.

Many older women are striving to have more children in China since its one-child policy was lifted in 2016, leading to a surge in demand for fertility treatments

Tian may now be the oldest woman to give birth in the country. According to the state-run China Daily, the previous record was held by a woman from Changchun, in east China's Jilin province, who gave birth to a baby boy in 2016 at the age of 64.

In September, a 73-year-old woman in India gave birth to twin girls, conceived through IVF. Erramatti Mangayamma, a farmer from the southern state of Andhra Pradesh, is believed to be the oldest person to give birth.