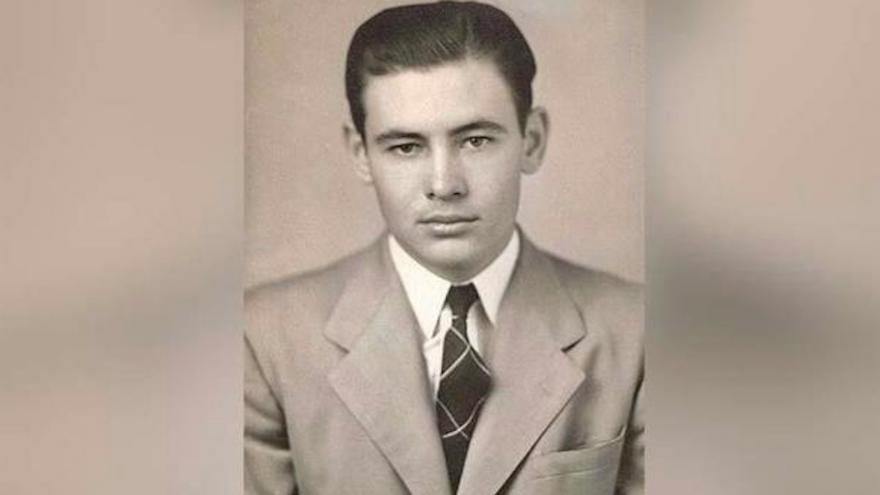 QUINLAN, Texas (KTVT) -- The remains of Army Pilot Frank Ardith Norris returned to Quinlan on April 22, 2022, 79 years after his bomber was shot down in Eastern Europe during World War 2.

Quinlan's historic downtown prepared this evening for a hero's welcome.

"These small towns, that's kind of what they do," said Quinlan resident Brian Spindle.

American Flags and signs were a tribute to Frank Ardith Norris. Norris was a native of Quinlan who joined the Army and became a bomber pilot. His plan was shot down over Romania in 1943. Norris was then just 23 years old.

His remains were recently exhumed, and DNA testing last year finally allowed his family to bring them home on a flight that landed today at DFW Airport.

"When you have family that's been missing this long, I'm pretty sure that they're... thankful." Laura Kennemer is one of dozens of Quinlan residents who were waiting when a procession led by emergency vehicles surrounded the hearse carrying the Norris's casket to a local funeral home passed through town.

"I've lived here most of my life and I just want to see people come out and recognize that do we have people that have done a lot for a country and now they're going to get closer," said Kennemer.

Shonda Smith, another Quinlan resident, said, "It gives me chills just thinking about it."

Herbert Raff was by himself 10 miles up the road and among the first to watch the procession. He's a Vietnam veteran who was fortunate to come home from that war alive. "I'm out here to honor the gentleman that put more into it than I did, gave more."