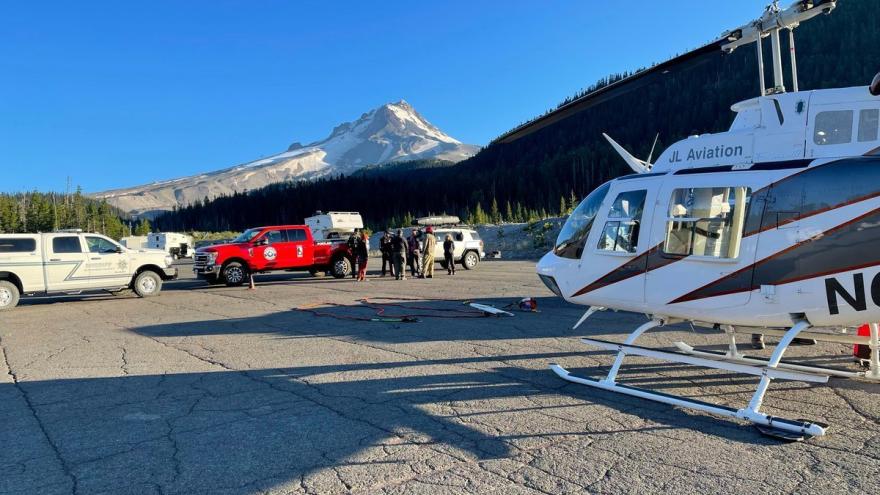 PORTLAND, Oregon (KPTV) -- The body of a hiker who died on Mt. Hood in March was recovered Saturday, according to the Clackamas County Sheriff’s Office.

On March 6, 34-year-old Pradnya Mohite of Issaquah, Wash. was attempting to summit the mountain with her 50-year-old climbing partner when both women fell about 200 feet near an avalanche chute on the west slope.

Rescuers said they faced deep snow, avalanche conditions and 50-70 mph winds that night, and were unable to reach the climbers until the next day. They were unable to find vital signs from Mohite and declared her dead. While Mohite’s partner was taken to a hospital with critical injuries, rescuers said the mountain conditions were too dangerous to also recover Mohite’s body at that time.

Then, a series of late-season storms dumped a tremendous amount of snow in March and April, which resulted in extreme avalanche risk and prevented recovery of Mohite’s body, according to the Clackamas County Sheriff’s Office.

Rescuers finally decided the snow had melted enough on Thursday. On Saturday morning, a helicopter dropped a rescue team from Portland Mountain Rescue and Volcano Mountain Rescue onto the narrow ice ridge where Mohite’s body had been left. The helicopter first hoisted Mohite’s body, bringing her to the White River Snow Park, then returned for the team, the sheriff’s office said.

“We offer our deepest condolences to the family and friends of Ms. Mohite and hope that today brings closure to everyone impacted by this tragedy,” the sheriff’s office said.