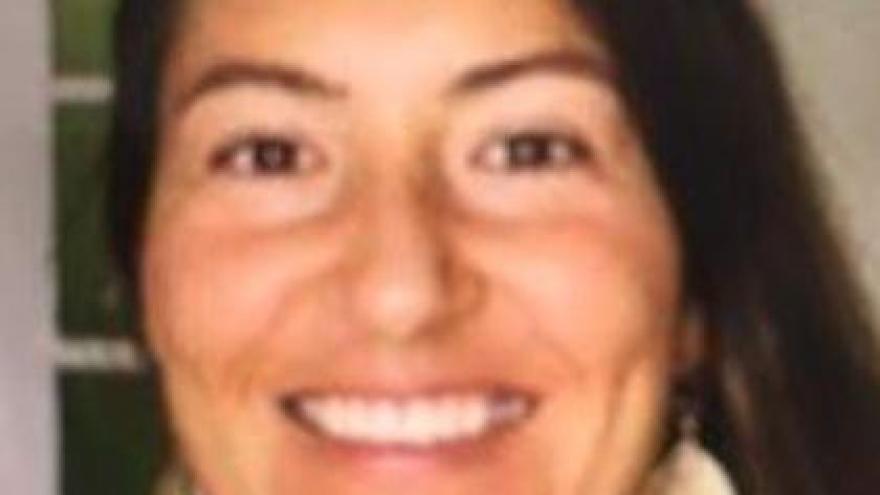 It had been more than two weeks that she had been lost in a thick Hawaiian forest, and Amanda Eller was at an end.

(CNN) -- It had been more than two weeks that she had been lost in a thick Hawaiian forest, and Amanda Eller was at an end.

The 35-year-old doctor of physical therapy was at a place where she could no longer go forward because of the terrain. With a fractured leg and no shoes, she sure wasn't going to go back.

The area she found herself in had little to no food. She stayed there for a day and a half and, as Eller's mother and a friend told reporters Saturday as they detailed the rescued woman's ordeal, she began to resign herself to the dire possibility that she might die there.

"It came down to life and death -- and I had to choose. I chose life. I wasn't going to take the easy way out. Even though that meant more suffering in me for myself," Eller told CNN affiliate KHON.

She tried to keep her spirits up. She had conquered so much to get to this point.

She picked berries and guava to eat when she could find them. She drank water only when it was clear enough and looked like it wouldn't make her sicker. She took care of a bum knee and nursed sunburn so bad it got infected. She walked without her shoes, which had been swept away in a flash flood when she was trying to dry them out.

She listened for the helicopters. They had come before, several times and she had waved as best she could, but they flew away.

On Friday, Javier Cantellops, a friend of Eller's, went up with other searchers in a rented helicopter to look for a place where they could access the woods where Cantellops thought Eller might be headed. They weren't even really looking for her per se, but ways to get dropped off near points of where they might pick up her trail.

Still Cantellops and the others kept scanning the woods below, looking for movement, for a sign of life.

And suddenly, there she was. She popped out into a ravine and they landed nearby. She had to wait for them as they cut a path to her, but after 17 days a few more minutes were worth it.

Eller was in a Maui hospital Saturday, surprising her doctor. Yes, she's lost 15 pounds, has a broken left tibia and they are treating her infections, but Eller looks "amazing."

"What she's been through, you'd never be able to tell," Dr. Zora Bulatovic said.

Eller's mom, Julia, beamed during an earlier hospital news conference, telling reporters her daughter -- the sweetest and most caring person, her mother said -- had gone for a 3-mile walk May 8 on a different path than usual when she stopped to meditate then nap and then when she woke up couldn't figure out how to get back to her car.

She hadn't brought her phone, Julia Eller said as she recounted what her daughter has told her about the ordeal, and she was lost in the woods where, as mom said, "Everything looks the same. It would be very easy to get misguided."

Julia Eller said she had her moments of despair as to whether her daughter would be found but she felt in her heart that Amanda was alive.

"She's a trouper, man; she's a real warrior," her mom said. "And I had no doubt that if anybody could make it through it, it was her."

Sarah Haynes, a friend of Eller's boyfriend, told the media, that Amanda got to a place where she started to think she was going to die.

"She fought, fought, fought and then she said, 'OK, whatever you need from me.' Like, dear world, whatever this journey is for me, I'm willing to accept it," Haynes said.

Haynes said the helicopter that Cantellops discovered Eller from was paid for with some of the $75,000 from a GoFundMe campaign.

Haynes confirmed to CNN Sunday that Eller had been released from the hospital and was "at an undisclosed location with a number of healers and nurses working on her."

"She's walking on crutches," she said. "She feels great."