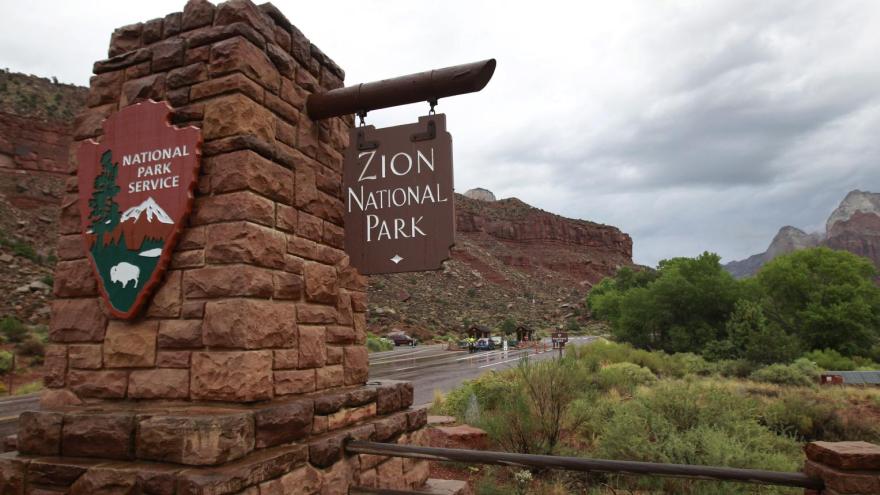 Crews are looking for a missing hiker in Zion National Park, located near the Utah-Arizona border.

(CNN) -- Rescuers continue searching for a hiker in southwestern Utah after a flash flood struck in a national park.

More than 20 people looked Saturday for Jetal Agnihotri of Tucson, Arizona, near the Virgin River in Zion National Park, according to park officials.

Rangers received a report Friday afternoon of multiple hikers being "swept off their feet" by a flash flood in the Narrows near the Temple of Sinawava, a media release from the park said.

"Park rangers and other members of the Zion Search and Rescue Team responded quickly to this event, and we are continuing our efforts," said park superintendent Jeff Bradybaugh.

Rangers found an injured hiker who had been swept downstream several hundred yards, the release said. That person was taken to a hospital for treatment.

"Other rangers hiked up Riverside Walk and found several hikers who were isolated by high water on high ground," the release said. "Rangers directed them to remain in place until water receded and then assisted them to safety."

Rangers also interviewed groups of visitors exiting the Narrows and Riverside Walk to ensure they were not missing anyone, the release said. Officials later learned that Agnihotri was overdue from a trip in the Narrows.

Several states are under flood watches through Sunday morning. Storms were forecast to shift into the southern Plains region and Louisiana over the weekend.