Republicans say they hauled in $76 million during convention 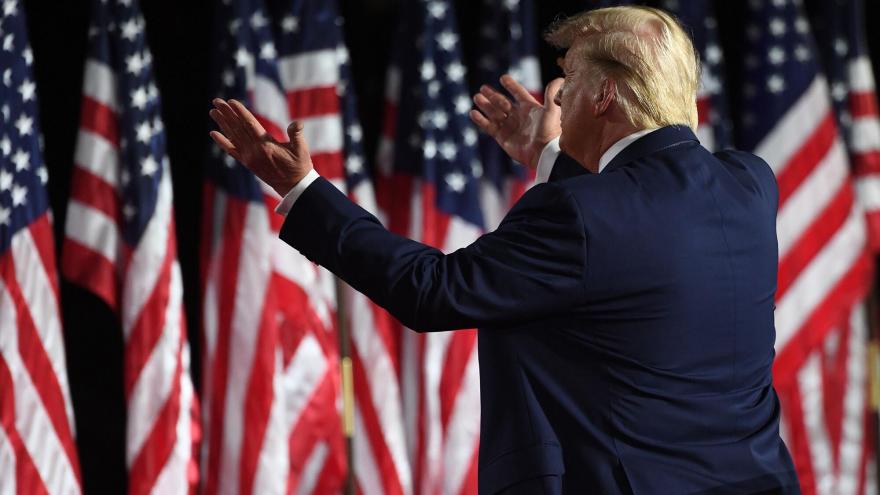 Republicans say they hauled in $76 million during the Republican National Convention. This image shows Trump during his acceptance speech for the Republican Party nomination for reelection on August 27, 2020 in Washington, DC.

(CNN) -- President Donald Trump's reelection campaign, the Republican National Committee and their joint fundraising committees raised $76 million over the party's four-day convention this week, a spokesman for the campaign told CNN on Friday.

The haul -- which was brought in by Trump Victory, the Trump Make America Great Again Committee and the Republican National Committee -- edges out the $70 million that Democratic nominee Joe Biden's campaign says it raised during the Democratic National Convention last week.

RNC Chairwoman Ronna McDaniel told CNN in a statement that the convention had succeeded in communicating "real stories from real Americans who have been empowered and lifted up by President Trump's pro-growth, pro-opportunity, pro-American policies -- and clearly it resonated."

"There has never been a starker contrast between what is at stake this November for our country," she continued.

The President's campaign has been a fundraising juggernaut, raising more than $1.1 billion in the past two years, and typically has outpaced Biden and other Democrats in the amount of money available to them.

However, Biden's campaign -- through reduced spending and a series of strong fundraising months in which the former vice president and the Democratic National Committee out-raised Trump and the RNC -- managed to close the gap heading into the final months before the election.

Biden and the DNC ended July with $294 million on hand, the former vice president's campaign said earlier this month. That was just $6 million less than Trump and the RNC reported having on hand.

Beyond fundraising, the Biden campaign touted the Democratic convention's ratings victory over the Republican convention as evidence of enthusiasm to not reelect Trump.

The Democratic convention also rated higher than the Republican convention overall when the audiences for all four days were tallied.