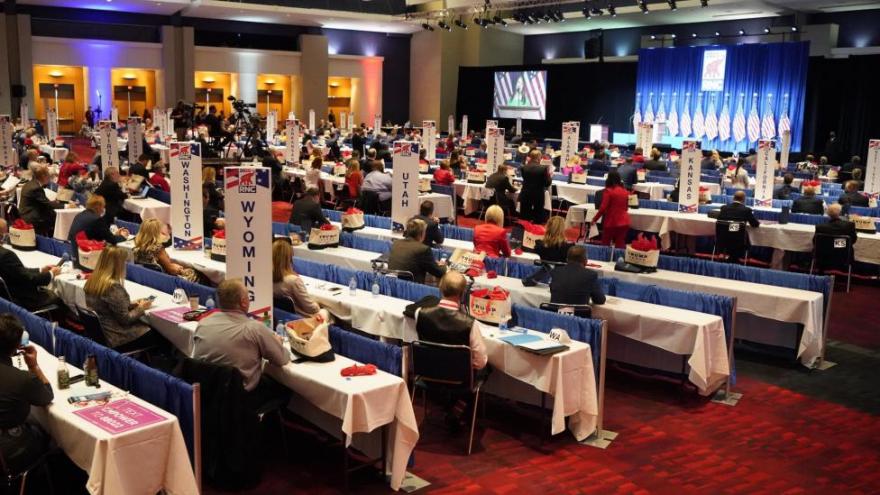 (CNN) -- With Republicans narrowing their search to Milwaukee and Nashville as potential hosts for their 2024 nominating convention, the second-choice city may nab a contract after all -- just not until 2028.

On Wednesday, Republican National Committee members unanimously voted to pass a new rule enabling the party to begin selecting its presidential convention sites six years in advance, leaving the door open for party officials to determine both the 2024 and 2028 convention locations this year. After that, the site reveal for the 2032 nominating convention would be made in 2026.

"Giving our Site Selection Committee the opportunity to start looking at cities seven years ahead of Convention is a smart business decision that will ensure the best possible event as our delegates select the Republican-nominee for President," RNC chairwoman Ronna McDaniel said in a statement to CNN.

RNC rules committee members passed the change Wednesday afternoon at the party's spring training in Memphis, Tennessee. A GOP official familiar with the rule change called it a "no-brainer" and said it found widespread support when members were briefed on the proposed change earlier Wednesday morning. Politico was first to report its passage by the rules committee.

While party officials are still determining when the GOP will host its 2024 nominating convention, those tasked with the site selection decided last month on Nashville or Milwaukee as finalists. In February, party officials toured Milwaukee, which was slated to host the 2020 Democratic National Convention before it switched to a virtual format due to the coronavirus pandemic. The riverfront city has become a front-runner for party officials, who see its location in the crucial battleground state of Wisconsin and existing infrastructure from 2020 DNC planning as major upsides in the convention planning and hosting process. Former President Donald Trump narrowly lost Wisconsin in 2020, and Republicans are keen on flipping it back into their column in the next presidential election.

In early March, convention planners also visited Nashville as they weigh Music City as another possibility. With multiple venue options and Tennessee's deep-red status, party officials also consider it a desirable location, according to one RNC member. Salt Lake City and Pittsburgh were also previously in the running but were ultimately ruled out.

The site selection committee is expected to announce a decision in August, when RNC members are due to gather for their next meeting. According to the person familiar with the process, McDaniel could finalize the 2024 convention location sooner to give the host city more time to begin its planning. Each party's nominating convention typically requires a large-scale security perimeter around the venue, ample food and entertainment options nearby, and enough lodging for the hundreds of delegates, journalists, donors and party officials who are likely to be in attendance.