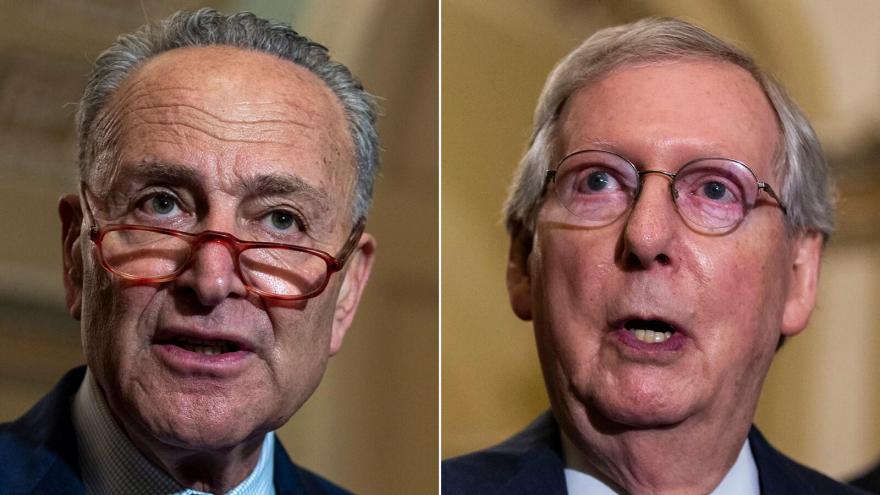 Senate leadership elections will be held even as the battle for control of the chamber is still underway.

(CNN) -- Mitch McConnell and Chuck Schumer were reelected as Senate party leaders on Tuesday during leadership elections held even as the battle for control of the chamber is still underway.

A pair of Georgia runoff elections that won't take place until January are on track to determine whether Republicans or Democrats wield the Senate majority next year, but both parties still pressed ahead with elections for top leadership posts for the next session of Congress.

McConnell was reelected unanimously as Republican leader, according to his spokesman David Popp.

It's still not certain, however, who -- McConnell or Schumer -- will become Senate majority leader and who will be minority leader, a question that won't be answered until it is clear which party ultimately wins the majority.

The full slate of current GOP leadership has been expected to remain on with the exception of the chairman of the Senate Republican campaign arm.

Republican Sen. Rick Scott of Florida was elected to lead the National Republican Senatorial Committee for the upcoming election cycle, a position currently held by Indiana Sen. Todd Young. It's typical for there to be a new leader in a new election cycle, and Scott's bid was uncontested.

The current leadership team led by Schumer has a total of 10 members, including progressives like Massachusetts Sen. Elizabeth Warren and Vermont independent Sen. Bernie Sanders, as well as moderates like Sen. Joe Manchin of West Virginia.

Tuesday's voting process in the Democrat leadership elections will not include any determinations on committee assignments, committee leadership roles or the chairmanship of the Democratic Senate campaign arm, all of which will happen at a later date as is typical for the Democratic caucus.