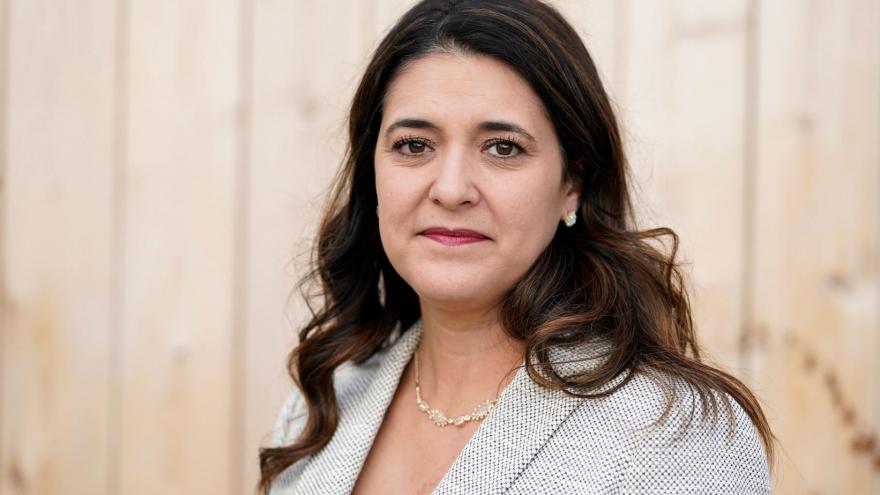 House Republicans are defying expectations by gaining seats -- in large part due to the success of female candidates. In Oklahoma, Republican Stephanie Bice took back the 5th District.

(CNN) -- House Republicans are defying expectations this week by gaining seats -- in large part due to the success of female candidates.

At least 13 non-incumbent Republican women have won their contests so far, according to CNN projections. That breaks the record from 2010 of 9 non-incumbent GOP women winning House races, according to data from the Center for American Women and Politics.

That's a big change from the 2018 midterms, when only one new Republican woman, West Virginia's Carol Miller, won. Only 13 Republican women currently serve in the House, and two of them did not run for reelection. But even with Alabama Rep. Martha Roby and Indiana Rep. Susan Brooks not returning, Republican women will do much better than break even, actually growing their numbers in the chamber. They're on track to match or exceed the record, set in 2006, of 25 Republican women in the House.

Meanwhile, Republican women in the Senate appear to have held off their challengers with Joni Ernst of Iowa winning reelection and Susan Collins' Democratic challenger in Maine conceding (CNN has not yet called the US Senate race in Maine), while former GOP Rep. Cynthia Lummis won a Senate seat in Wyoming.

At the House level, the groundwork was laid during the primaries, when a record number of women were winning GOP nominating contests -- which has typically been the biggest obstacle to electing more Republican women -- in large part because a record number of them were running.

Women have helped the GOP flip Democrat-held seats that President Donald Trump carried in 2016, eating into Democrats' historic 2018 midterm gains and their majority.

In Oklahoma, Republican Stephanie Bice took back the 5th District, which Democratic Rep. Kendra Horn flipped in one of the biggest surprises of the 2018 midterms. In Iowa's 1st District, Ashley Hinson, regarded as one of the party's best recruits, defeated freshman Democratic Rep. Abby Finkenauer. Yvette Herrell knocked off freshman Democratic Rep. Xochitl Torres Small in a rematch in New Mexico's 2nd District. And in South Carolina, Republican Nancy Mace, the first woman to graduate from the Citadel, unseated Democratic Rep. Joe Cunningham, who flipped the Charleston-area seat in 2018 after GOP Rep. Mark Sanford -- an outspoken Trump critic -- lost in his primary earlier that year.

Democrats even suffered losses in South Florida areas Hillary Clinton won in 2016, where they may have been dragged down by Latino support for Trump at the top of the ticket. Maria Elvira Salazar, a Cuban American journalist, defeated freshman Democratic Rep. Donna Shalala, who was health and human services secretary under President Bill Clinton, in what had been considered a Solid Democratic race.

Women also kept Democrats from eating into traditional GOP turf. Democrats had set their sights on Indiana's 5th District, for example, early in the cycle as the kind of suburbanizing area where well-educated voters might sour on the President and back Democrats up and down the ticket. When Brooks, the recruitment chair for the National Republican Congressional Committee, announced her retirement in June 2019, some Republicans feared that was the end of GOP control of that district -- and a bad sign that the number of GOP women in the House was likely to fall. But Republican Victoria Spartz kept the open seat in GOP hands, defeating Democrat Christina Hale.

In Colorado, Lauren Boebert, a gun rights advocate who has claimed familiarity with the QAnon conspiracy, held onto the 3rd District, which had come into play after she scored a surprising upset over GOP Rep. Scott Tipton in a primary earlier this year.

At least one longtime Democratic incumbent will also be replaced by a Republican woman. Michelle Fischbach, the former lieutenant governor of Minnesota, toppled Agriculture Chairman Collin Peterson, an elusive GOP target who has served in Congress since 1991.

Republican women were also elected to seats classified as Solid Republican, according to ratings from Inside Elections with Nathan L. Gonzales, a CNN contributor. Success in safe red seats has been the surest way for Republican women to increase and maintain their numbers.