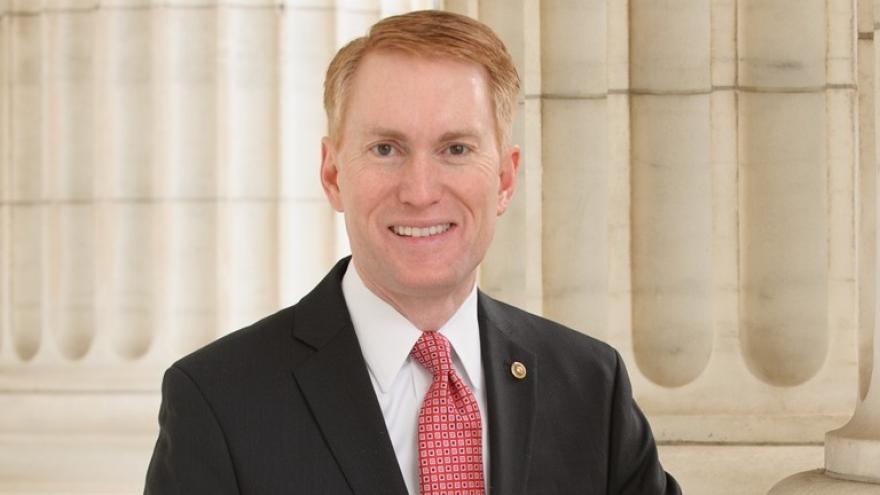 Oklahoma Republican Sen. James Lankford said Wednesday that he will intervene if the Trump administration has not allowed President-elect Joe Biden access to presidential daily intelligence briefings by the end of the week.

(CNN) -- Oklahoma Republican Sen. James Lankford said Wednesday that he will intervene if the Trump administration has not allowed President-elect Joe Biden access to presidential daily intelligence briefings by the end of the week, one of the first rights of a presidential candidate after winning the election.

"There is no loss from him getting the briefings and to be able to do that," Lankford told radio station KRMG, noting that he sits on the Senate Oversight Committee and that he's already started engaging on this issue.

The Oklahoma Republican said if no progress is made on the issue by Friday, he will step in and say, "This needs to occur so that regardless of the outcome of the election, whichever way that it goes, people can be ready for that actual task."

Lankford's comment comes as Biden and his senior advisers are not yet receiving the President's Daily Brief, the highly classified intelligence briefings about pressing national security issues that their soon-to-be predecessor has been offered daily.

The Office of the Director of National Intelligence said Monday that Biden's lack of access stems from the election being not yet ascertained by the General Services Administration -- a clear indication that the Biden transition team is not getting the same briefings that presidents-elect typically receive.

It remains unclear whether the race needs to be ascertained before the President-elect can legally receive the briefings. Biden has said that the daily briefings "would be useful, but it's not necessary."

Lankford on Wednesday also referenced the abbreviated 2000 transition, which a bipartisan 9/11 report said contributed to a lack of security preparedness ahead of the 9/11 terror attacks.

"There's nothing wrong with Vice President Biden getting the briefings to be able to prepare himself and so that he can be ready -- the President's already getting those," Lankford said, adding that Vice President-elect Kamala Harris, a Democratic senator from California, also has the appropriate clearances to begin receiving briefings because she serves on the Senate Intelligence Committee.

Sen. Mark Warner, the top Democrat on the Intelligence Committee, also called for Biden to receive the briefings.

"As has been done in every other transition, the President should order that Biden and his team receive the PDB, as has been done in the past, even during the contested election of 2000," Warner said Wednesday. "It's simply irresponsible to withhold this in these uncertain times."

Like most of his Republican colleagues, Lankford did not go so far as to acknowledge that Biden is the president-elect after every major news organization projected his victory on Saturday.

Lankford defended the President's many legal disputes, saying the best thing right now is for Trump to be able to go through the legal process and "get real answers" before the Electoral College casts ballots in December.

There is no credible evidence of widespread voter fraud in this election.

In the meantime, Lankford said, "Joe Biden can continue to be able to function and say, 'I'm the president-elect,' and great if you want to say that, go do it, and to be able to do your preparation work. The President can say, 'Not so fast. I've got questions to answer.' Great, go ask them."

Lankford implied that if the President is not able to follow through with its legal proceedings, it might stoke conspiracies among Trump supporters.

But judges have quickly dismissed cases that attempt to raise the possibility of voting irregularities, while elections experts make clear Biden's margin of victory is too wide for court cases to reverse and that existing court cases deal with too few votes, if any, to matter.

Asked about concerns at the Pentagon after Defense Secretary Mark Esper's firing on Monday and other moves by the administration that put a peaceful transfer of power into question, Lankford replied, "I can assure you, there will be a peaceful transition of power in the United States."

Lankford downplayed the significance of Esper's firing within days of the election, saying it was "obviously long-planned" and not just from a "single petty event from months ago."

He said, though, that he personally would not have made that change "with the next two months" -- seeming to refer to the two-month period until the inauguration -- again without fully acknowledging Biden as President-elect.

"It was a clear signal with preparation behind the scenes for a good transition at the Pentagon," Lankford said.