Republican Rep. Kinzinger: I voted to impeach 'knowing ... it could very well be terminal to my career' 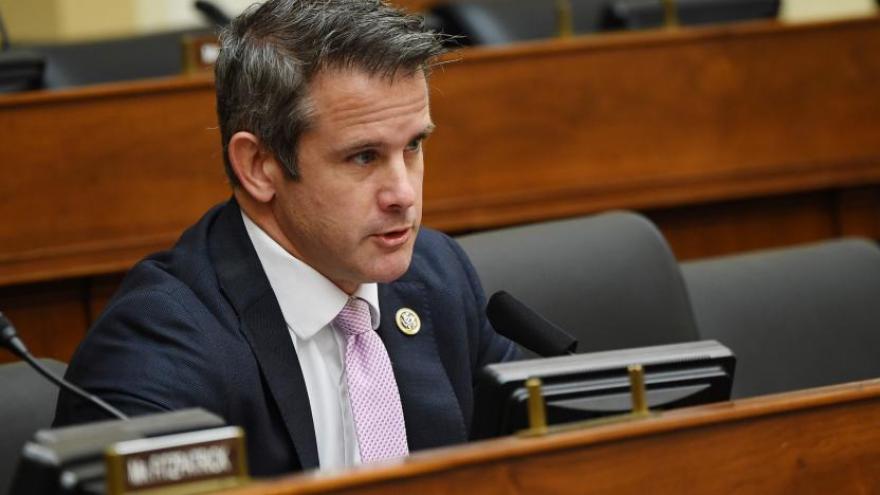 (CNN) -- Rep. Adam Kinzinger is willing to lose his seat over his vote to impeach then-President Donald Trump, the Illinois Republican told CNN's David Axelrod during an episode of "The Axe Files" podcast released Thursday.

"I did it knowing full well it could very well be terminal to my career," Kinzinger said of his vote. "But I also knew that I couldn't live with myself having, you know, try to just protect it and just felt like the one time I was called to do a really tough duty, I didn't do it."

Kinzinger was one of 10 Republicans who joined all House Democrats in voting to impeach Trump earlier this month for "incitement of insurrection" in light of his role in encouraging the January 6 riot at the US Capitol.

"I'll say to anybody that thinks my vote was for politics, they don't know me. And I would say now they don't know politics because, you know, you have to get through a primary," Kinzinger added. "And would it make me more able to win a general election? Probably. But that's not why I did it."

Kinzinger announced his intentions the day before the impeachment vote, issuing a statement reading, "There is no doubt in my mind that the President of the United States broke his oath of office and incited this insurrection. He used his position in the Executive to attack the Legislative."

Concerns over his future within the party aren't without merit. Several House Republicans have hammered Rep. Liz Cheney of Wyoming, the party's third-ranking House leader, calling for her to step down from her leadership position over her vote to impeach Trump. She's also facing a primary challenge from a prominent conservative state legislator.

Kinzinger had been considering "a statewide path" in late 2020, he told Axelrod, "but everything changed on January 6."

"I'm more passionate about this country than I think I was January 5, even," he continued. "I know my passion is the restoration of the Republican Party. I know I may go down fighting like that."

While he said he wasn't sure what his next step would be, Kinzinger noted that he would like to run for the House again and that it would probably not be statewide.

"I just know that in my 5-meter target -- to use a military term, which is whatever your nearest target is -- I know that the battle right now is on to restore the GOP, and that's what I'm focused on doing," he added.

Kinzinger's remarks align with his comments to CNN the day of the impeachment vote that he was at peace with his vote.

"I think this is one of those votes that that transcends any kind of political implication of the moment," Kinzinger said at the time. "This is one of those that you're going to look back on when you're 80 and this will be the one you talk about."

Kinzinger also said at the time that he didn't feel pressure from the party but that his constituents were all over the place and he didn't know how many of his Republican colleagues would be joining him to vote for impeaching Trump.