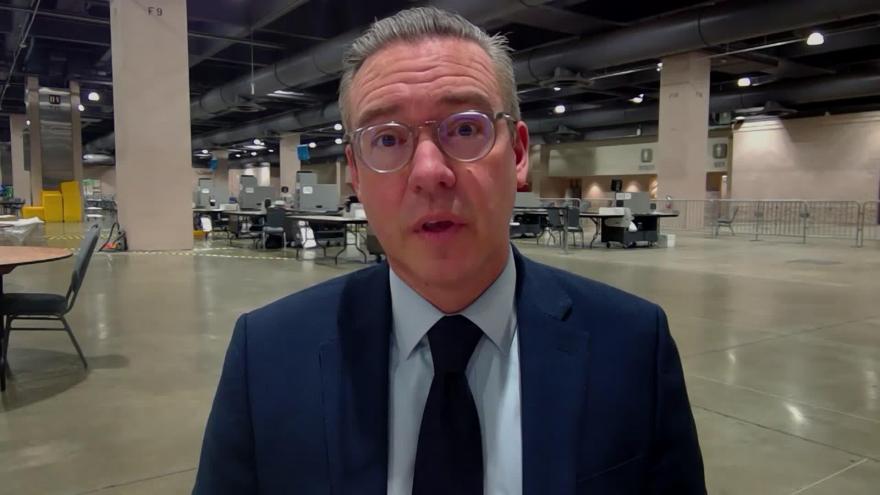 Al Schmidt, a republican city commissioner in Philadelphia, said that he has not seen any evidence of widespread fraud as the city continues to count mail-in and provisional ballots.

(CNN) -- A Republican city commissioner in Philadelphia said Wednesday that he has not seen any evidence of widespread fraud as the city continues to count mail-in and provisional ballots.

"I have seen the most fantastical things on social media, making completely ridiculous allegations that have no basis in fact at all and see them spread," City Commissioner Al Schmidt told CNN's John Berman on "New Day" Wednesday.

President Donald Trump, who continues to make unfounded claims about voter fraud and claims that the election has been stolen from him, on Wednesday attacked Schmidt on Twitter, calling him a "RINO," or a "Republican in name only."

"He refuses to look at a mountain of corruption & dishonesty. We win!" Trump tweeted.

But Schmidt told CNN if there's evidence of widespread fraud brought to their attention, "we take a look at it and we refer it to law enforcement, as we always do in every election."

In an interview with CBS' "60 Minutes," Schmidt said his office has received death threats.

CNN has projected that Joe Biden will win Pennsylvania, putting him over the 270 votes needed to win the presidency. Biden currently leads in Pennsylvania by more than 47,000 votes as of Wednesday morning.

"It's important that we all stay focused on our job, which is counting votes, cast on or before Election Day by eligible voters, which is something that should not be controversial," Schmidt told CNN on Wednesday.