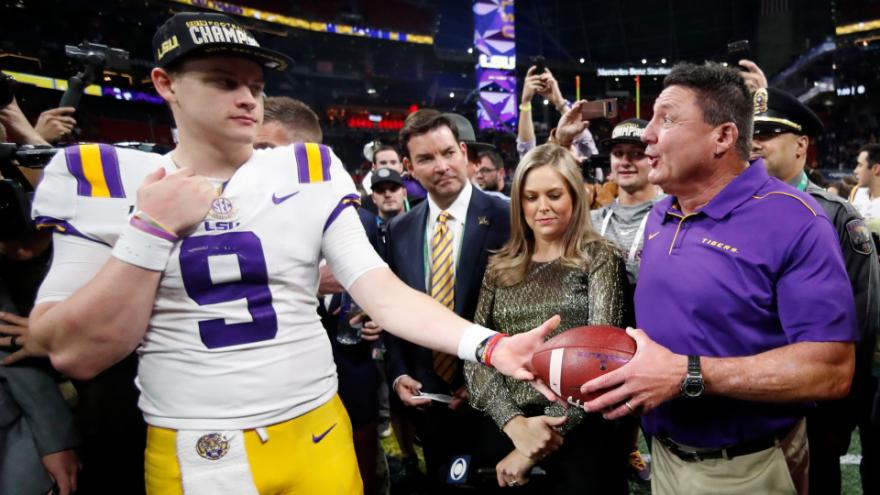 LSU and coach Ed Orgeron reportedly have agreed to part ways after this season.

The move comes 21 months after Orgeron led the Tigers to a national championship with what is considered one of the greatest teams in college football history.

The timing of the decision came as a surprise — the day after the Tigers upset Florida — though the end for Coach O at LSU seemed to be approaching soon after a blowout loss last week to Kentucky.

Orgeron is 49-17 with the Tigers, including 15-0 in 2019 when Joe Burrow won a Heisman Trophy and LSU its third national championship since 2003.

Orgeron replaced Les Miles, who had also won a national title with the Tigers.