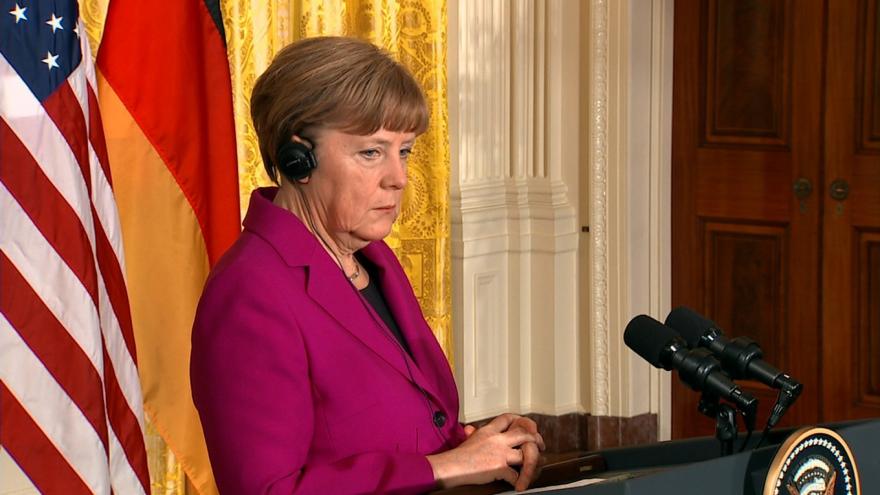 BERLIN (AP) — The Latest on politics in Germany after a state election in Hesse (all times local):

Angela Merkel has reportedly told leaders of her conservative party that this will be her final parliamentary term as Germany's chancellor.

The dpa news agency, citing unidentified party sources, reported Monday that her comments came as Merkel met with the leadership of her party following the Hesse state election in which her Christian Democratic Union party lost significant ground.

It had been widely assumed that this would be Merkel's final term as chancellor but before the reported remarks she had not confirmed that herself. The current parliamentary term ends in late 2021.

Earlier in the meeting she'd told party members that she wouldn't again run for party leadership at a conference in December.

A conservative, often-awkward ally of German Chancellor Angela Merkel says it's a shame that she reportedly plans to step down as leader of her party.

Interior Minister Horst Seehofer heads the Christian Social Union, the Bavaria-only sister party to Merkel's Christian Democratic Union. He has feuded with her on and off for three years over Merkel's initially welcoming approach to migrants, and an argument between the pair in June over whether to turn back migrants at the German-Austrian border came close to bringing down her government.

Seehofer said Monday that "it's a shame" that Merkel plans to step down as CDU leader, although she intends to remain chancellor. He insisted that their relationship has been marked by "mutual respect."

There are question marks over Seehofer's own future after a poor performance for his CSU in a recent Bavarian state election.

Angela Merkel is reportedly telling her conservative party that she is prepared to step down as its leader but remain as German chancellor.

News agency dpa cited unidentified party sources in its report Monday as the leadership of Merkel's party met following a state election in which both her conservative Christian Democratic Union and its partners in the national government, the center-left Social Democrats, lost significant ground. Mass-circulation daily Bild reported, citing sources in the CDU leadership, that Merkel said she wouldn't run again for the party leadership.

Merkel's predecessor, Gerhard Schroeder, stepped down as leader of his party in 2004 but remained chancellor.

Merkel has led the CDU since 2000 and has been Germany's leader since 2005. The CDU is due to hold a conference in December at which the party's leadership is up for renewal.

Chancellor Angela Merkel and her coalition partners are mulling the implications of a regional German election in which voters punished the governing parties for months of infighting.

Sunday's election in the central state of Hesse saw both Merkel's conservative Christian Democratic Union and the center-left Social Democrats lose significant ground, while there were gains for both the Greens and the far-right Alternative for Germany. Merkel's CDU finished narrowly salvaged a majority for its regional governing coalition with the Greens.

On Monday, attention was focused on the future of Merkel's national "grand coalition" of Germany's traditional biggest parties, and on the chancellor herself. The Social Democrats' leader, Andrea Nahles, demanded Sunday a "clear, binding timetable" for implementing government projects before the coalition faces an already-agreed midterm review next fall.