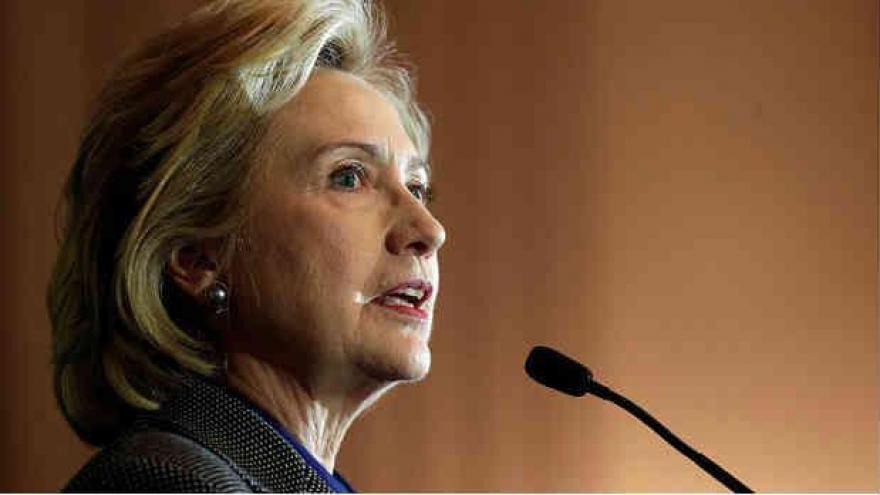 WASHINGTON (AP) — The Justice Department's internal watchdog is expected to criticize the FBI's handling of the Hillary Clinton email investigation, stepping into a political minefield while examining how a determinedly nonpartisan law enforcement agency came to be entangled in the 2016 presidential race.

The inspector general's report is set for release Thursday afternoon. It's likely to be painstakingly detailed, the culmination of an 18-month review into one of the most consequential FBI investigations in recent history.

President Donald Trump will look to the inspector general report to provide a fresh line of attack against two former top FBI officials, Director James Comey and his deputy, Andrew McCabe, as he claims that a politically tainted bureau tried to undermine his campaign and, through the Russia investigation, his presidency. Trump will almost certainly use the report to validate his firing of Comey last year.

But the report could do more to back Democratic claims that the FBI contributed to Clinton's defeat, most notably by reopening in the final days of the race its investigation into whether she mishandled classified information. That development unfolded as Trump's own campaign — unbeknownst at the time to the American public — also came under FBI investigation for possible coordination with Russia.

Inspector General Michael Horowitz, a former federal prosecutor appointed by President Barack Obama, prepared the report. Supporters from both parties regard him as apolitical. His most significant report before this one was the 2012 study of the botched Obama-era gun operation known as Fast and Furious.

The Clinton report will examine key actions by FBI leaders. Those include Comey's decision to publicly announce in July 2016 his recommendation against criminal charges for Clinton, and his disclosure to Congress days before the election that the investigation was being revived because of newly discovered emails.

People familiar with the report's findings say the inspector general has reached unflattering conclusions for many FBI officials. They were not authorized to discuss the report by name ahead of its release and requested anonymity. An earlier inspector general report criticized McCabe and led to his firing on allegations that he misled internal investigators about his role in a news media disclosure. He denies those charges.

Trump, seeking to discredit special counsel Robert Mueller's investigation, has eagerly awaited the report in hopes that it would skewer the judgment of Comey and make clear that his termination — central to the question of whether the president sought to obstruct justice — was justified. The White House initially pointed to Comey's handling of the Clinton investigation as the rationale for the firing, though Trump complicated that claim days later when he said he was thinking of "this Russia thing" when he dismissed him.

Though Trump has repeatedly lambasted the FBI as politically biased against him, the inspector general's report — no matter how critical — is unlikely to endorse that conclusion, especially since some of the actions being examined broke from protocol in ways that may have harmed Clinton.

Comey's news conference disclosing the investigation's conclusion was unusual since charging announcements are normally made by the Justice Department, not the FBI. Cases that end without charges are rarely discussed publicly.

In this instance, Comey said that though the FBI found Clinton and her aides to be "extremely careless" in handling classified material, "no reasonable prosecutor" could have brought a case against her. At a congressional hearing last May, he said he was concerned that the Justice Department could not "credibly" announce the conclusion of its investigation, in part because the attorney general at the time, Loretta Lynch, had met aboard her plane with former President Bill Clinton.

Lynch described the meeting as a chance encounter unrelated to the case, but Clinton's critics seized on it to question her objectivity.

Also investigated was Comey's decision, against the recommendation of the Justice Department, to reveal to Congress that the FBI was reopening the investigation following the discovery of new emails. The FBI obtained a warrant nine days before the presidential election to review those emails, found on the laptop of former Rep. Anthony Weiner, and ultimately determined that there was nothing in them that changed its original conclusion.

Again, Clinton aides, Democrats and former Justice Department officials from both parties criticized Comey, saying he should not have publicly discussed an investigative action especially before he knew whether the emails were significant. People familiar with the report say it criticizes the FBI for not moving quickly enough to review the new emails.

Comey has said he felt compelled to alert Congress to the new emails, after having previously testified that the investigation was done.

Comey said he faced the tough choice of speaking out or concealing the information. "And I could be wrong, but we honestly made a decision between those two choices that even in hindsight — and this has been one of the world's most painful experiences — I would make the same decision."

During the inspector general's probe, officials discovered anti-Trump text messages between an FBI lawyer and an agent on the Clinton case who was later assigned to Mueller's team. That agent, Peter Strzok, was removed from the team once the texts were brought to Mueller's attention.

The investigation also looked at whether McCabe should have recused himself from the Clinton case since his wife received campaign contributions from the political action committee of then-Virginia Gov. Terry McAuliffe, a Clinton ally, in her failed state Senate run.

The FBI has said that McCabe received ethics approvals and did not oversee the Clinton investigation at the time of the contributions. Trump has repeatedly cited the contributions in denouncing McCabe.