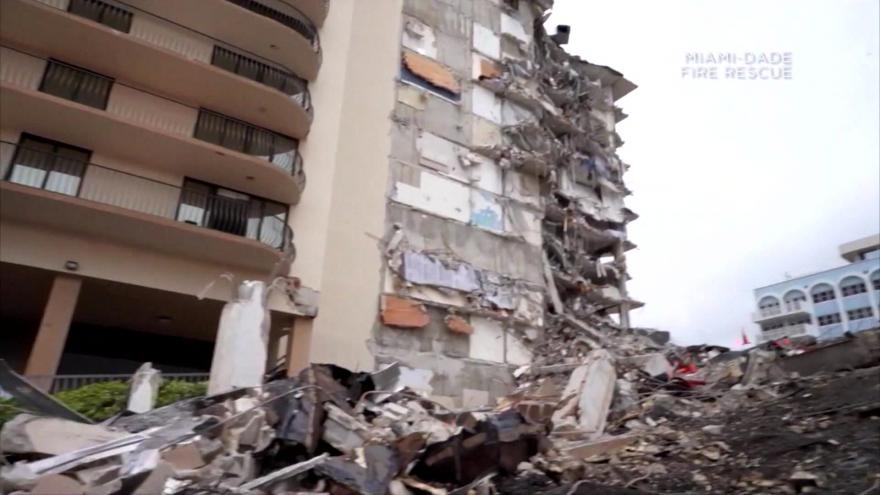 MIAMI (AP) — Video released by a team of federal investigators shows more evidence of extensive corrosion and overcrowded concrete reinforcement in a Miami-area condominium that collapsed in June, killing 98 people.

The National Institute of Standards and Technology also announced Wednesday it will conduct a five-pronged investigation into the Champlain Towers South collapse.

It will be led by Cuban born engineer Judith Mitrani-Reiser, who grew up in Miami.

The video shows densely packed steel reinforcement in various sections of the building and extensive corrosion where one column met the building's foundation.

Dawn Lehman is a professor of structural engineering at the University of Washington. She says the "corrosion on the bottom of that column is astronomical."