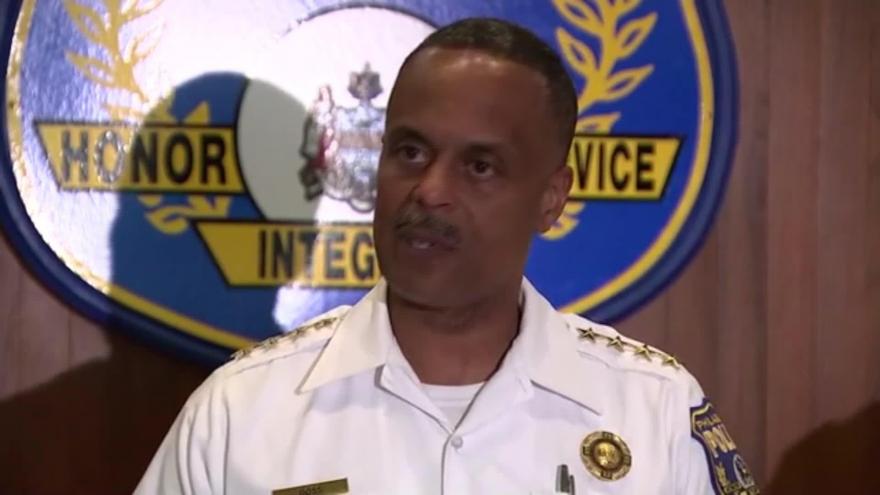 (CNN) -- Thirteen Philadelphia police officers have been suspended for 30 days "with intent to dismiss" following an investigation into hateful or racist social media content compiled by The Plain View Project, the city's police commissioner announced on Thursday.

The commissioner said the department will not be naming the officers at this time.

"We're aware of the dismissals and disappointed that our officers will be terminated without due-process," John McNesby, president of Fraternal Order of Police Lodge #5, said Thursday. "We are currently meeting with each officer to prepare an appropriate response to protect our members' rights under the contract."

Ross said that when posts were reviewed with the help of legal experts, "our analysis included a balance of the officers' constitutional rights and the integrity of the police department, which is necessary to protect the citizens of Philadelphia."

Ross said many of the 72 officers who were removed from street duty will be penalized based on the department's policy for general violations of social media. Such penalties range from a reprimand to a 5-day suspension, Ross explained. Only 3 of the 72 will not face discipline.

The social media posts were originally compiled by The Plain View Project, which describes itself as a "database of public Facebook posts and comments made by current and former police officers from several jurisdictions across the United States."

Philadelphia is not the only city that has come under fire by The Plain View Project or been influenced by its findings: The St. Louis Police Department has launched its own investigation after the Project linked racist and anti-Muslim Facebook posts to accounts of its officers.

Ross said, "I continue to be very angry and disappointed by these posts, many of which in my view violate the basic tenets of human decency." He said the department is exploring new mandatory training programs and revisiting social media policies. "This takes us back," he said.

McNesby said the "overwhelming majority" of the members of the Fraternal Order of Police in his lodge serve Philadelphia "with integrity and professionalism."