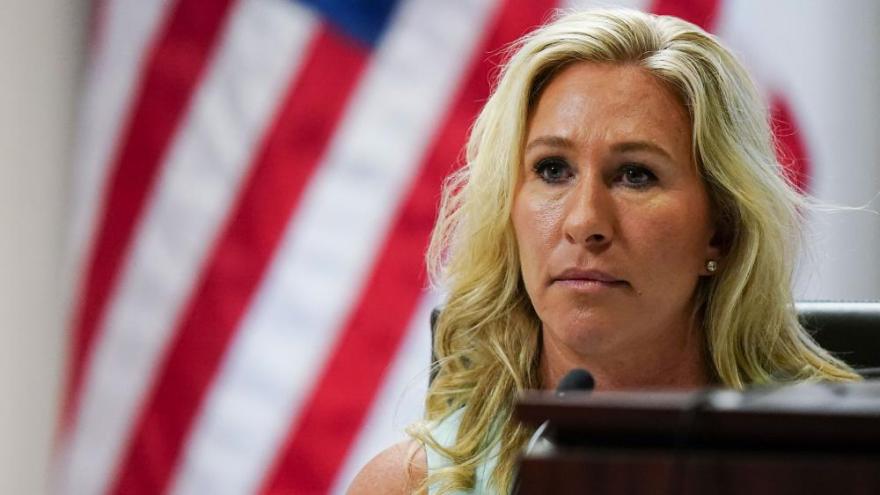 Rep. Marjorie Taylor Greene was the target of a "swatting" police call on August 24, police said.

For the second night in a row, police officers in Rome, Georgia, responded to a 'swatting' call this week at the Georgia Republican's home just before 3 a.m. ET on Thursday, Rome Police said in a statement. Officers had previously responded to Greene's home early Wednesday morning for a false report of a person shot.

The call "was received on what appeared to be a suicide crisis line from an internet chat," the statement said. Police also said it was "confirmed this was a second false report."

Rome Police investigators are working with the Capitol Police on the investigation and are not presently releasing additional information.

Swatting is a prank call made to authorities with the express purpose of luring them to a location -- usually a home -- where they are led to believe a horrific crime has been committed or is in progress. This results in a forceful response from local police or SWAT teams, who have no way to know the call is a hoax.

Wednesday morning, police officers in Rome responded shortly after 1 a.m. ET to a "911 call reference to a subject being shot multiple times," said Rome Police assistant chief Debbie Burnett. Upon arriving at the address, "they discovered this was the home of Marjorie Taylor Greene," Burnett said.

Greene "assured the officers there was no issue and the call was determined to be a false call commonly known as 'swatting,'" Burnett said.

The 911 dispatch for Rome/Floyd County then "received a second call from the suspect who was using a computer generated voice stating that he/she was upset about Mrs. Greene's political view on transgender youth rights," Burnett said.

Greene, whose time in Congress often has been defined by her combative and incendiary comments, has faced criticism for her anti-transgender remarks in the past. Last week, she introduced a bill that would make it a felony to provide certain so-called gender-affirming medical care to transgender minors.

"Last night, I was swatted just after 1 am. I can't express enough gratitude to my local law enforcement here in Rome, Floyd County," said Greene in a tweet Wednesday.

Police said the incident is under investigation and did not release any additional information.

The incident comes amid heightened concerns about threats to high-profile political figures and election officials. In the wake of former President Donald Trump's false claims about the 2020 presidential election, election workers nationwide have reported a spike in threats and harassment. And in June, a man was charged with the attempted murder of Justice Brett Kavanaugh outside his Maryland residence.

Last year, US Capitol Police reported a 107% increase in threats against members of Congress this year compared to 2020.