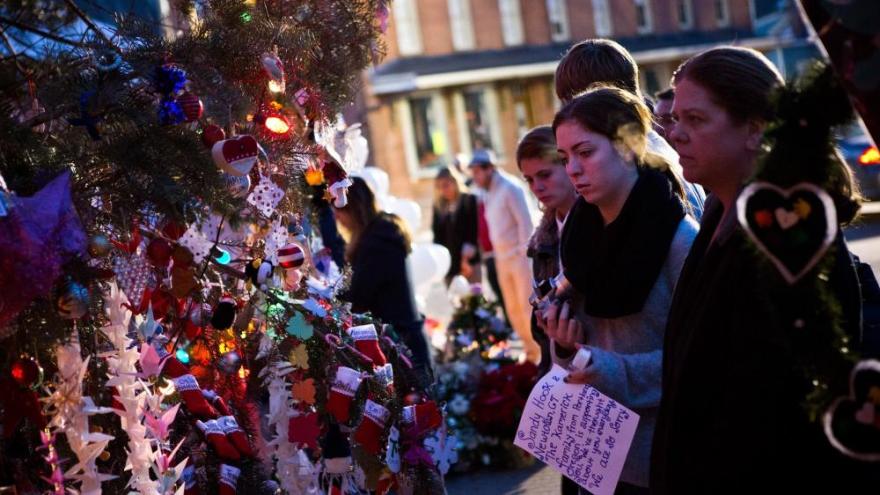 The Connecticut Supreme Court has granted the gun manufacturer Remington a stay in the lawsuit brought by the families of Sandy Hook victims as the company plans to appeal to the US Supreme Court.

(CNN) -- The Connecticut Supreme Court has granted the gun manufacturer Remington a stay in the lawsuit brought by the families of Sandy Hook victims as the company plans to appeal to the US Supreme Court.

It's the latest ruling further prolonging the already years-long case. A survivor and families of nine of the victims of the 2012 Sandy Hook Elementary School shooting, which left 20 children and six adults dead, initially filed the suit in 2014. The case alleges that Remington knowingly marketed the Bushmaster AR-15, the rifle used in the shooting, for use by people to "carry out offensive, military style combat missions against their perceived enemies."

The stay means that Remington will not have to turn over discovery material in the Connecticut case for the time being.

The case was initially dismissed by a Connecticut judge in 2016 citing a federal law that protects gun manufacturers and distributors from being implicated if their weapons are used in criminal activity.

But on appeal, a higher court ruled that the case could proceed. The case made its way to the state Supreme Court, which ruled in March after approximately 15 months of deliberations that the case could proceed on the basis of one legal argument by the families' attorneys aimed at the marketing practices of the gun manufacturer. State law does not permit advertisements that encourage criminal behavior, according to the Connecticut Supreme Court's decision.

Remington said in its initial request for the stay that it's heading to the US Supreme Court because "the basis for jurisdiction in the Supreme Court is this court's decision on an important federal question that conflicts with a decision of a United States court of appeals."

Josh Koskoff, who represents the Sandy Hook families, said in a statement that the stay was expected.

"It is a fairly routine procedural maneuver and in line with the delaying legal tactics that we have dealt with all along," he said.

Remington has not yet filed its petition with the US Supreme Court, according to court records. Remington's legal team did not immediately respond to a request for comment.