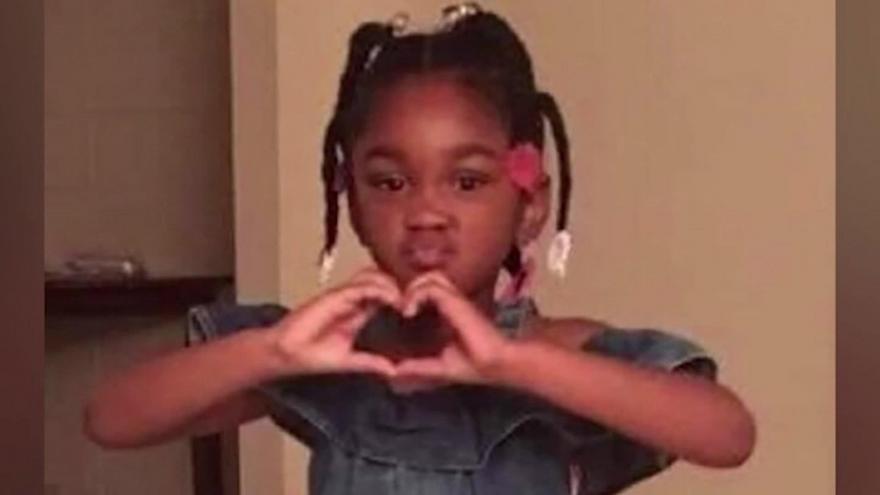 (CNN) -- Police have been looking for 5-year-old Naveah Lashay Adams since August, and they say they have found her body in a South Carolina landfill.

Nevaeh was reported missing after a family member discovered her mother Sharee Bradley, 29, dead in her apartment. Daunte Maurice Johnson was taken into custody after witnesses said they saw him leaving the apartment, and he then told police he killed both Bradley and Naveah, police said.

He told police he dumped the child's body in a city dumpster, but the dumpster had already been emptied and the contents brought to a landfill by the time police arrived, CNN affiliate WIS reported.

Since then, police have been sifting through about 230 tons of trash in the landfill. They found the remains Friday, with DNA confirming her identity, police said.

Johnson has already been charged in both murders.

A preliminary report from the Sumter County Coroner's Office suggested that Bradley had been dead for several hours before she was found, police said. Bradley died by "blunt force sharp injuries to the head and to the neck," Sumter County Coroner Robert Baker Jr. told CNN Friday.

Police have referred to Johnson as "an acquaintance"of Bradley's. They also said he has a criminal record in other states and is a suspect in a Missouri homicide.

Navaeh's father described her to WIS as an active child, who took tap lessons and wanted to be in gymnastics.

"When she was born, she never cried. She was just so precious," he said. "She's an excellent daughter. She's about to be six, about to go to kindergarten. A wonderful child."