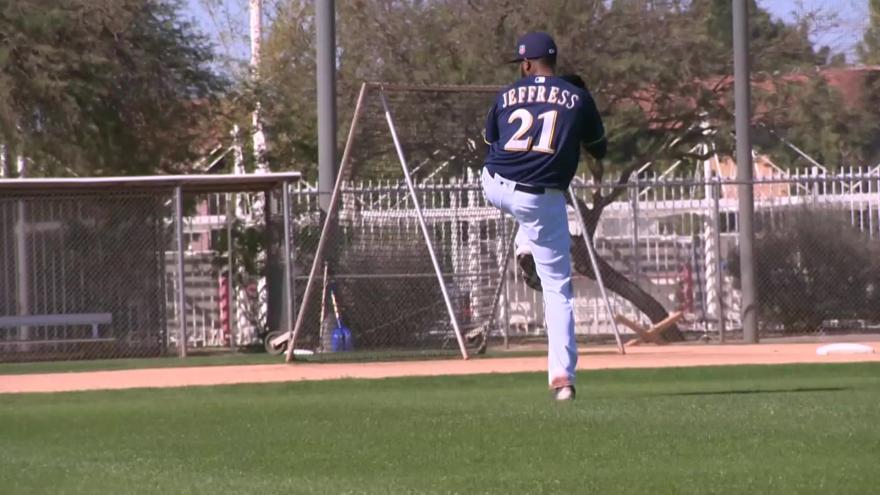 DALLAS (AP) — Milwaukee Brewers reliever Jeremy Jeffress has been sentenced to time served after pleading guilty to driving while intoxicated in Texas.

Jeffress was part of the Texas Rangers bullpen when he was stopped and arrested on a Dallas street in the pre-dawn hours of Aug. 26, 2016. It happened just a month after Milwaukee traded him.

The 30-year-old right-hander entered his plea Wednesday in a Dallas County court. A judge sentenced him to three days in jail and gave him credit for the jail time already served.

Jeffress has a history of substance abuse. He was suspended for 50 games in 2007 and for 100 games in 2009, both times when he was in the minors. The Brewers made another trade last year to get Jeffress back and re-signed him last month.