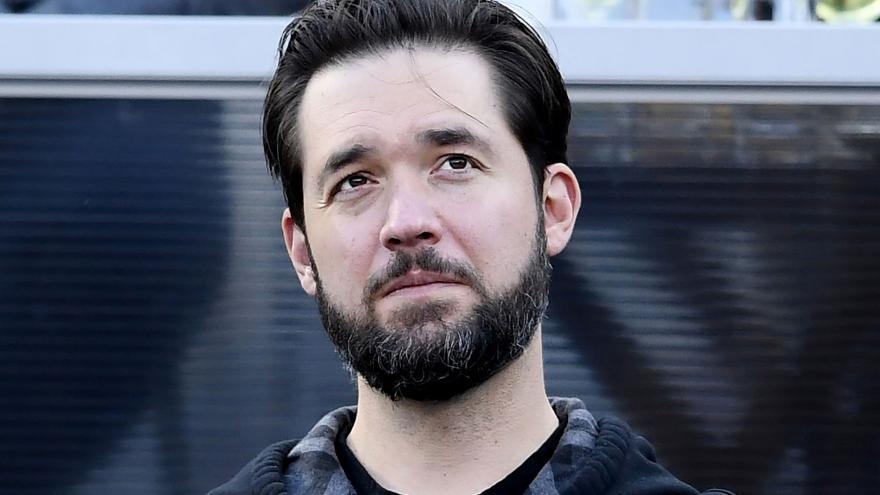 (CNN) -- Alexis Ohanian says he is trying to set an example for other leaders -- by stepping down.

Reddit, the social networking site he co-founded 15 years ago, gave birth, directly and indirectly, to some of the worst racism, hate and trolling on the internet. Now, two years after stepping away from his day-to-day duties at Reddit, Ohanian, a white man, is resigning from the company's board and asking that he be replaced with a more diverse choice.

In a series of tweets Friday, Ohanian urged Reddit to fill his seat with a black candidate. Ohanian, who is married to tennis star Serena Williams, cited his family as one of the reasons for his decision. He tweeted: "I'm saying this as a father who needs to be able to answer his black daughter when she asks: 'What did you do?'"

He also pledged $1 million to Colin Kaepernick's nonprofit Know Your Rights Camp. "I will use future gains on my Reddit stock to serve the black community, chiefly to curb racial hate," Ohanian tweeted.

Reddit said it would honor Ohanian's request. "I want to take responsibility for the history of our policies over the years that got us here, and we still have work to do," Reddit CEO and cofounder Steve Huffman wrote on Reddit.

The board on which Ohanian had been sitting is, counting him, comprised of one woman and four white men.

The site, which calls itself the front page of the internet, has long wrestled with addressing hateful and racist content on its platform. Earlier this week, some of Reddit's most popular threads went private in an effort to protest hate speech and racism on the platform, according to Business Insider.

Huffman has come under fire in the past for not taking action on communities on the site in which racist views and language are frequently spewed. Earier this week, he published an open letter, saying "we do not tolerate hate, racism, and violence, and while we have work to do to fight these on our platform, our values are clear."

Ellen Pao, a former interim CEO of Reddit, slammed Huffman's comments. "I am obligated to call you out: You should have shut down the_donald instead of amplifying it and its hate, racism, and violence. So much of what is happening now lies at your feet. You don't get to say BLM when reddit nurtures and monetizes white supremacy and hate all day long," she tweeted, referring to a popular subreddit supportive of President Donald Trump, where users often share racist, misogynistic, homophobic and conspiracy content.