Red piranha caught in a lake near LSU. Louisiana wildlife authorities are making sure there aren't more 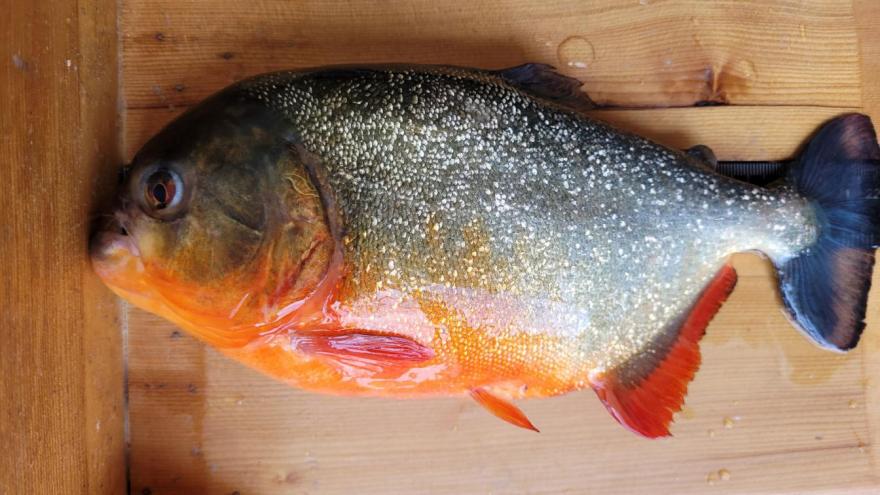 Louisiana officials think this red piranha was somebody's pet before it was released in a Baton Rouge lake.

(CNN) -- Louisiana wildlife authorities are investigating after someone caught a red piranha in a lake near the Louisiana State University campus in Baton Rouge.

The Louisiana Department of Wildlife and Fisheries (LDWF) said in a statement on Friday that the piranha was probably kept as a pet before it was released in University Lakes.

It's illegal to possess or sell piranhas in Louisiana, the statement said.

Red piranhas, also known as red-bellied piranhas, are native to South America and are found in the lower elevations of the Amazon River Basin, according to the Smithsonian's National Zoo. They can grow to more than a foot long and are known for their razor-sharp teeth and powerful jaws.

They have a fearsome reputation, thanks to B-movies and pop culture, but the LDWF said that "piranhas are more likely to scavenge for dead or dying prey, including fish or crustaceans" than attack.

The LDWF is investigating to make sure there are no other piranhas in the University Lakes system, which is made up of six lakes surrounding the LSU campus.

It urged anyone who thinks they may have caught a piranha to contact the agency and asked them not to throw them back.