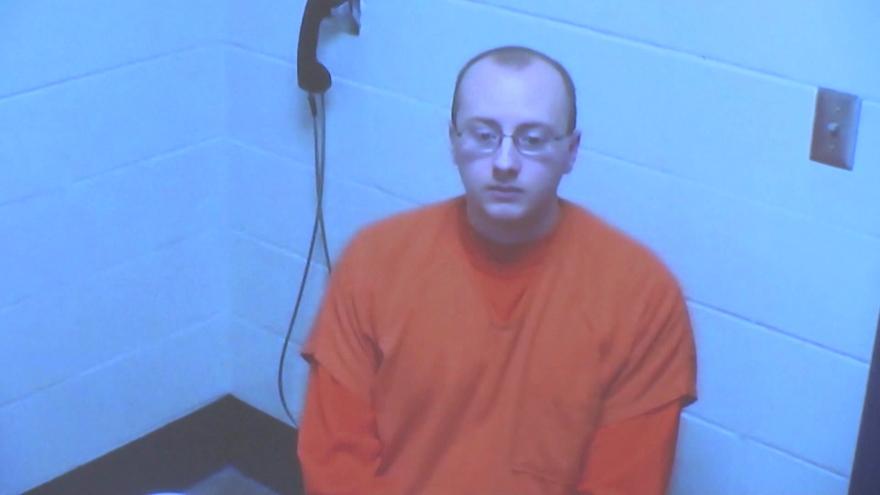 MADISON, Wis. (AP) — The man who kidnapped Wisconsin teen Jayme Closs and killed her parents got into a fight in a New Mexico prison with an inmate who asked about the case, showing how word of his crimes has spread and raising questions about whether moving him to an out-of-state lockup accomplished anything.

A Wisconsin judge sentenced Jake Patterson to life in May for shooting James and Denise Closs in their home outside Barron in October 2018 and kidnapping their daughter, Jayme. She was 13 years old at the time.

Patterson forced her to live under a bed in his northern Wisconsin cabin for 88 days before she escaped and police captured him.

Wisconsin prison officials quietly transferred Patterson to New Mexico in July. They never offered an explanation and refused to say where he was being held in that state.

Press-Gazette Media reported that Patterson was disciplined at Dodge Correctional Institution in Waupun on June 17, about a month before he was taken to New Mexico, for threatening to assault another inmate.

Records that Press-Gazette Media obtained from the New Mexico Corrections Department show two inmates at an unnamed prison in that state approached Patterson on Aug. 28 and told him to leave the pod because of his case "involving a 14-year-old girl."

Patterson said he would talk to whoever wanted him gone, but one of the inmates told Patterson not to "test him." Video surveillance shows the other inmate got angry and took an "aggressive approach" toward Patterson, who punched one of them. They exchanged blows and wrestled until a prison staffer fired a bean bag round that hit a railing. An investigation ensued but the findings are unclear, Press-Gazette Media reported.

The records also show the team that transferred Patterson had to drive straight from Wisconsin to New Mexico because no other state would assume responsibility for Patterson while the team rested.

The incidents raise questions about whether any prison can shield the details of Patterson's crimes. Wisconsin Department of Corrections officials didn't immediately respond to an email asking if the agency expected his past would go undiscovered.

Press-Gazette Media also reported that Patterson lied to officials at a reception facility for the New Mexico prison system in Las Lunas about his case, saying he met a 17-year-old girl online, developed a relationship with her and helped her run away from home.

According to a criminal complaint, Patterson told investigators that he had never met Jayme before he abducted her and that he had simply spotted her getting on the school bus one day and decided to take her. He blasted his way into her family's house with a shotgun, killed her parents, dragged her out of the house past their bodies, stuffed her in the trunk of his car and drove off.